Lyric Feature Preview: In December 1940, eight fishermen from Arranmore Island in County Donegal rescued 18 Dutch sailors from the SS Stolwijk, a cargo ship which had been wrecked on rocks in a hurricane force storm - listen to The Ballad of the Stolwijk Rescue here.

Singer and multi-instrumentalist, Brían Mac Gloinn, who is one half of the well known folk duo Ye Vagabonds, heard the story from the last living eye witness, Andrew Early, who knew the lifeboat crew who effected the daring rescue.

Using his testimony and that of other islanders, Brían has woven a radio ballad to commemorate the events of that day. The radio ballad is a particular form of radio storytelling that was pioneered by Ewan McColl and others where eyewitness accounts are augmented by new original music and sound effects to recreate the emotional context of an event. This may be the first-ever Irish radio ballad.

Brían Mac Gloinn introduces The Ballad of the Stolwijk Rescue below...

This was the guiding principle for the making of this 'radio ballad' - The Ballad of the Stolwijk Rescue.

Inspired by the pioneering work of Ewan McColl, Peggy Seeger and Charles Parker in the late1950s and early 1960s, this unique form of radio documentary uses the voices of people involved in a story, sound design, and songs written using the stories, perspectives and in some cases, the actual words of the storytellers, interweaved with musical score and thematic melodies. As a form, radio ballads allow the emotional content to take centre stage in stories that could otherwise be told as a series of facts and events. This is what drew me to the form inthe beginning.

In December 1940, eight fishermen from Arranmore Island, Co. Donegal, rescued 18 Dutchsailors from The SS Stolwijk after it was wrecked on rocks in a hurricane-force storm, risking their lives in a 16-hour rescue, in mountainous seas and icy snowstorms. The story was one that could easily appear in a newspaper headline as '18 Sailors Rescued From Ship in Hurricane-Force Storm', but the bravery, danger, heroism, and brutal length of this rescue makes the story worthy of much more than could fit into a headline.

The story was mostly told to me by Andrew Early, the last eye witness on Arranmore to remember the day, who knew the lifeboat crew and story well. Andrew’s son, Jerry, a fisherman and publican on the island, added his knowledge of the story, and perspective as an Arranmore Lifeboat crew member for 29 years. Whether or not they had all the facts or details became unimportant - I could look up the records myself.

Apart from being great storytellers, both Andrew and Jerry are also great singers - Andrew is even a vital generational link to well-known traditional singer Róise na nAmhrán. While there are now some knowledgeable historians, detailed archives and records on this rescue, I decided that I knew who I wanted to listen to the most.

The Lyric Feature: The Ballad of the Stolwijk Rescue, written, presented and performed by Brían Mac Gloinn, RTÉ lyric fm, Sunday 13th September at 6pm. The Lyric Feature is also available to stream or podcast on the RTÉ radio player and other podcast platforms - listen back here. 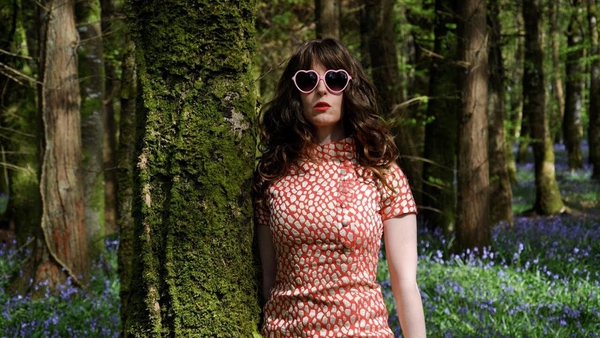