The Hospital the Irish Shipped to France is the story of a pioneering adventure in Irish overseas aid, when the Irish Red Cross assembled a hospital and shipped it to bombed-out Normandy in the aftermath of World War II - listen to the latest Documentary On One production above.

A group of young Irish doctors, nurses and support staff followed, including an ambulance driver and interpreter called Samuel Beckett. They brought healing to the shattered town of St-Lô as the survivors struggled to rebuild their lives among the ruins.

The site of the Irish hospital in the French town of Saint-Lô saw no St. Patrick's Day gathering this year (2020) — one more event taken off the calendar by the pandemic. But the year before, when a crowd gathered as usual on March 17, the doctor Arthur Darley was remembered specifically in one of the speeches. Darley left with the rest of the Irish workers at the end of 1946, having worked with the many TB patients in Saint-Lô.

Two years later he was dead, aged 40, of tuberculosis.

His death was marked in Samuel Beckett’s poem Mort de A.D., first published in 1955 (Beckett had worked at the hospital too). It’s not known if Darley contracted the disease in Saint-Lô or after returning to Ireland but his name is still recalled in the Normandy town regardless.

The Irish team of about 60 hospital workers (nurses, doctors, general staff) were there in 1945-46 because the town had been bombed the year before during the Allied invasion — almost to extinction. The journalist John Lichfield has detailed the heavy destruction delivered to much of Normandy by Allied planes trying to clear the route of German forces. And the historian Antony Beevor famously described the bombing of the Norman town of Caen as 'close to a war crime’.

People in Saint-Lô in 1944 described the ground shaking, windows shattering, ceilings collapsing and plaster and glass coming down on them. The bombs generated "a low thunder", falling so fast that people were unable to distinguish one bomb from another.

Other Norman towns had lost more people, but nowhere had come so close to complete extinction as Saint-Lô. The town’s church bells were silent at the end of June 1944 — and it wasn’t at all clear that the town wouldn’t simply be left as it was, as some kind of grim monument to the power of aerial bombardment.

Only when de Gaulle visited Saint-Lô in June 1945 did people there feel their town hadn’t been completely abandoned. And when the Irish hospital began to appear two months later — in the form of three Irishmen standing in a muddy field — it was seen as another sign that the place wouldn’t just be left to crumble.

Today, the crowd that turns out every year for St Patrick’s Day includes some of the 200 people born in the hospital the year the Irish medical workers ran it. They’re in their 70s now. Other ‘children of 1946’ who now live elsewhere in France gladly picked up the phone during the making of this documentary, to talk about how they came to be born there.

One man told us proudly he was named Patrick because he’d been born in the Irish hospital. A woman explained that in 1946 her mother had made a lonely walk for miles to the Irish hospital because as an unmarried young woman her mother and her employers refused to have her deliver at home.

The hospital ran for several years after the Irish left, in its custom-built wooden huts. But the huts eventually came down.

This documentary is the story of the Irish people who built and ran the hospital described once as ‘Normandy’s Irishtown’, and why people in a town in north-western France today still remember them.

Documentary On One - The Hospital the Irish Shipped to France is broadcast on RTÉ Radio at 1 pm on Saturday 5th September and is repeated at 7 pm on Sunday 6th September. 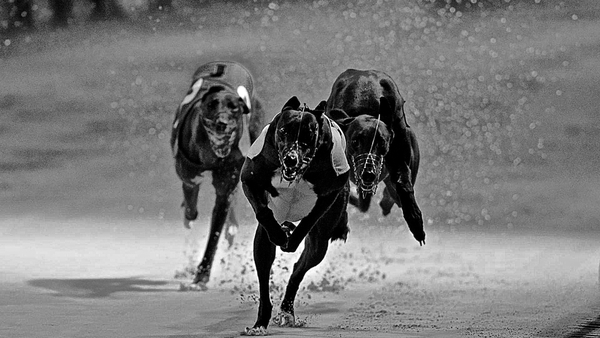 Documentary On One - meet the men who beat the bookies