Elaine Feeney's move from poetry into prose has been eagerly-awaited, and her debut novel As You Were is the curious and inventive piece of work that was expected. In fact, As You Were is probably one of the most unconventional Irish books of recent times.

The narrative, if you agree to call it that, centres around a Galway-based property developer, mother and wife Sinéad Hynes, who is keeping a terrible, destructive secret. A magpie she encounters is the first living soul to learn what the secret is, and it’s the only one she plans on telling for now, reasoning that 'going public with fortune or misfortune brings drama’. Her life is now divided into two parts. There’s before magpie, and after; ‘After magpie it was impossible to focus, everything was hostile’.

Sinéad is admitted to a rundown, old hospital and put on a ward to recover from an illness. She finds community and comfort in the other patients around her on the ward. There’s the outspoken Margaret Rose, surrounded by her religious relics and struggling to manage her wayward daughters Niquita and Michaela from her hospital bed, and Jane, who might have an even sadder story than Sinéad’s.

She also bonds with Molly Zane, the kind nurse with a strong Aussie drawl. We get to know everyone as intimately as Sinéad does. We learn about their annoying traits and their kind ones, their habits, their quirks, their dealings with family and how they are processing their own confrontation with mortality.

Through Sinéad’s bedfellows we journey to more troubled times. We hear dark stories about the inhumane treatment of women, made all the more poignant by the recently-acknowledged right for women to access safe and legal abortion in this country, but from these tragedies strong women have emerged. This feels very much like Feeney’s homage to them. 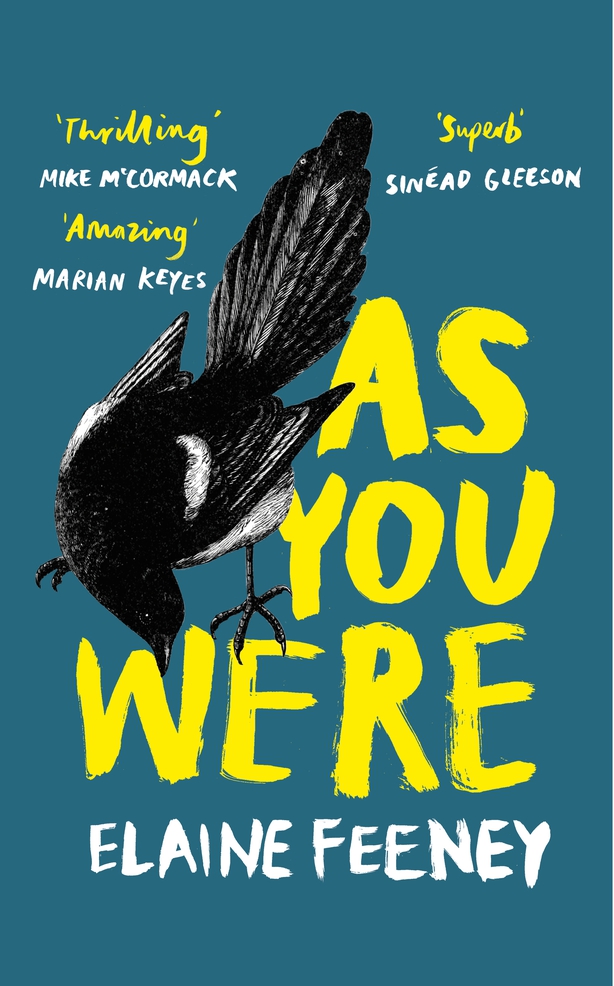 The premise might sound like a bit of a downer, and it is at times, but there is plenty of entertainment along the way for the reader - like when a fight erupts between Sinéad and her husband over what the inside of an egg is called, or her becoming overly aware of the ridiculousness of her blob-fish slippers.

Feeney also keeps the writer on their toes throughout. Her writing style is ever-changing. A whole page can be dedicated to a list. A conversation - actual or overheard, real or imagined - can make up an entire paragraph or chapter. Text messages, phone calls and Google searches are woven in here and there. The events that occur can seem strange and surreal, or other times comic. It all feels very Joycean. It's not so much that you don’t know what will happen next, because not a whole lot really happens in the traditional sense, but how it will happen.