In the Poetry Programme at 7:30 pm on Sunday 12th April on RTÉ Radio 1 Olivia O'Leary meets poets John F. Deane and Seán Hewitt - listen to the programme above.

John F. Deane was born on Achill Island in 1943. He founded Poetry Ireland and The Poetry Ireland Review in 1978 and is the founder of The Dedalus Press, of which he was editor from 1985 until 2006. He is the recipient of the O’Shaughnessy Award for Irish Poetry and the Marten Toonder Award for Literature and is a member of Aosdána. His poetry has been shortlisted for the Irish Times Poetry Now Award and the T.S. Eliot Prize. In 1996 John F Deane was elected Secretary-General of the European Academy of Poetry, and in 2007 he was made Chevalier en l’ordre des arts et des lettres by the French government.

John F Deane joins Olivia to talk about and read from his collection Dear Pilgrims, published by Carcanet in 2018, including a poem related to the Easter season, and poems that recall Achill Island, where he grew up.

Seán Hewitt was born in 1990 and read English at the University of Cambridge. He is a fiction reviewer for the Irish Times and a Leverhulme Research Fellow at Trinity College, Dublin. He won a Northern Writers' Award in 2016, the Resurgence Prize in 2017 and an Eric Gregory Award in 2019. He reads a powerful poem from his debut collection, Tongues of Fire (Jonathan Cape), dedicated to his late father. 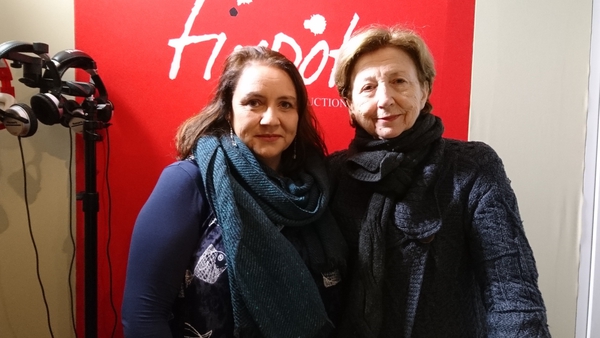