Today's poem is Poem On A Rainy Birthday by Roderic Vincent  - read it below.

poem on a rainy birthday

the hand that holds

the umbrella. It's wetter

out there, and in here

A roof over our heads,

the homely chat of rain

on a tent. But this is what

we cannot do together:

there isn’t room under

this canopy. We could be

huddled from the world,

but we fight over the handle,

hand over fist, the flag

of victory wobbling above.

She calls me selfish when

I only want to protect

for her. I’m skirting the over-

hang of trees, steering her

round a lamppost. Above all

I want to avoid a clash

I give no thought to the equal

She offers to withdraw

brolly from her handbag

but I won’t put up

with that – it’s tantamount

She tells me it’s my height,

the difference between us

that makes this so awkward.

She says she’ll take it,

one shoulder jostling hers,

but I’d be left wondering

of a man who expects the woman

to carry the umbrella.

About The Poet: Roderic Vincent was one of the Poetry Ireland Introductions poets for 2018. He came second and third in the 2017 Fish Poetry Prize. His poems are included in The Iron Book of New Humorous Verse (Iron Press), and in literary magazines including Stand, The Rialto, Magma, and Prole. 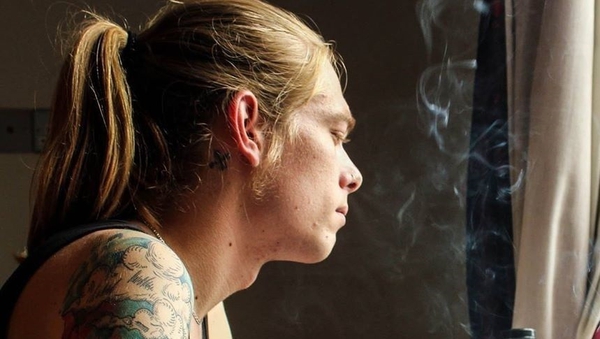 Poem Of The Day: To Most of You by Freddie Trevaskis Hoskin