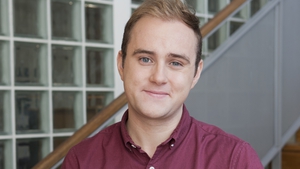 Terry Brankin has a past. As a willing member of the Provisional IRA he was responsible for the murder of a man, woman, and child in a case of mistaken identity.

Believing he had left that life behind to work as a solicitor; he is dragged back, albeit with relative ease, into the world of suspicion, plotting, and violence when the case is re-opened.

As we bounce back and forth in time to different dangerous points in Brankin’s life and relationship with his wife Kathleen, it’s clear that his militant past has not really left him.

The plot is set in motion when Inspector Basil McKeague arrives at Brankin’s door. The PSNI officer is nearing retirement and full of cynicism. As part of the Cold Case squad, he’s determined to find justice - however, that may manifest itself - for the man orphaned by the historical killing.

The character also brings much of the book’s examination of morality, musings on religion and the ultimate punishment that comes with Hell.

McKeague, however, disappears for a large portion of the novel. In the inspector’s stead, we get our primary antagonist: Dominic McGrath, whom Brankin was answerable to during his time within the IRA.

We learn that McGrath, the leader of 'the Republican Party’ and its militant wing, is scarred from a previous assassination attempt but revered by some for his role as architect in this universe’s peace process.

McKeague and others level much ire at McGrath throughout the book for orchestrating a car-bombing campaign, the disappearing of a Protestant woman, and for testing the will of the British during the peace process through yet more bombing. Brankin, on the run, must determine whether he can convince McGrath he will stay silent, or, failing that, outmanoeuvre the inevitable hitmen on his tail. All this while trying to keep his marriage alive – although it’s not clear if the reader should want his wife to endure this life much longer.

This is O’Doherty’s first foray into fiction, having previously honed his teeth as a journalist documenting the Troubles and the peace process. He also penned a well-received biography of Gerry Adams.

It’s his experience in these areas that gives believability to the narrative. The smallest moments are well-researched or at least well-imagined; like what makes a good petrol bomb, or older Provos texting in full sentences due to their Christian Brothers education.

Aspects of life in Belfast are examined with a sense of familiarity: from an all-encompassing paranoia to the quick onset of indifference.

The methodical menace of the paramilitaries is also expressed with expertise. These tense moments are when the book is at its best. Unfortunately, to get here, readers will also have to sift through one or two awkward sex scenes and questionable depictions of the novel’s gay characters.

Other laborious sections are when O’Doherty is at pains to document how well-read and intelligent his characters are, even down to the drunk and obnoxious student tenants. Men always come out on top, though. Poor naive Kathleen can’t quite match her partner, her lecturer, and certainly not Samuel Beckett.

Still, it’s a functional thriller and the pacey non-linear narrative keeps the reader’s interest. The title, per Chekhov, promises violence and it is delivered. A feeling of threat is sustained throughout, even if we don’t sympathise with Brankin’s plight.

Ultimately, O’Doherty seeks to make a broader point here about legacy Troubles issues. We know that whatever happens to Brankin and his gun, it won’t be the end of the violence.