When your CV includes The Thick of It, Veep and The Death of Stalin, then adapting one of Charles Dickens' most celebrated novels for the big screen might seem like a bit of a pivot. But Armando Iannucci reminded us on The Ryan Tubridy Show that Dickens is funny:

There probably aren’t that many people who studied Dickens in school or college that will recall many gags in his work, but Iannucci insists that David Copperfield is funny and the whole reason that Dickens isn’t seen as funny is because comedy is widely regarded as a lesser art form than drama. Needless to say, Armando doesn’t agree with this view:

Another aspect of David Copperfield that resonated with Iannucci is that it’s about status anxiety, a fact that makes it, in his view, quite contemporary. David, played by Dev Patel, worries that he’ll be found out, worries whether he’s making the right friends or not, and what they’re saying about him – all the things your average Instagram influencer constantly worries about (probably).

"David Copperfield, throughout the film, is trying to work out who the heck he is really. And then he discovers at the end he’s a writer."

These traits of David’s then, make Dickens’ book a very modern and, Iannucci reckons, almost experimental novel. Key to the film’s success is the casting of Dev Patel as David, something that Armando says was always the intention:

"The only person I could see playing David Copperfield was Dev Patel. He just inhabited… the energy and the warmth and the comic timing, and yet the ability to be kind of strong and charismatic at the same time. He was, for me, David Copperfield."

Ryan wondered if the film carries an anti-Brexit message, but Armando said that’s not the case. Instead, it’s anti- the notion that Britain is an insular nation, something Iannucci himself says he’s never felt about Britain:

The film is a celebration of Britishness, Armando tells Ryan, but it’s modern Britishness, as opposed to Victorian Britishness, something that’s not only reflected in the cast, but also in the crew and the whole creative team.

When the talk turns to Malcolm Tucker, the celebrated antihero of Iannucci’s comedy series, The Thick of It, Armando says that he can’t make comedy like that anymore because the current state of the world means it’s almost redundant by the time it gets to air. And also, he reckons, political satire relies on certain things that just aren’t there anymore:

"It sort of relies on there being a set of rules that people, if they break them, you show how they break them. But if there are no longer any rules, you can’t show them being broken."

The Personal History of David Copperfield is on general release in Ireland from Friday 24 January. Listen back to more from the Ryan Tubridy show here. 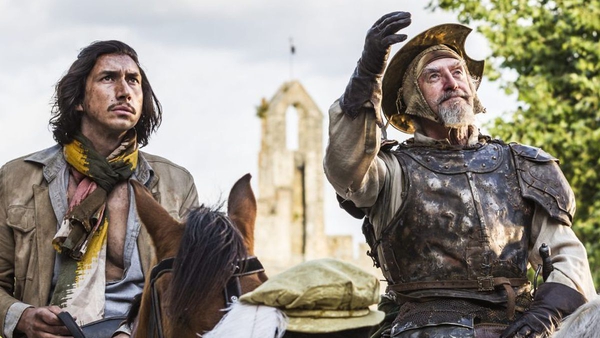