In the Poetry Programme on Sunday 17th November 2019, at 7:30 pm on RTÉ Radio 1, Gerald Dawe joins presenter Olivia O'Leary to read from his new collection - listen back above.

Gerald Dawe was born in Belfast and has published eight collections of poetry. He has also published several volumes of essays and edited a number of anthologies of poetry and literary criticism. He was Professor of English and Fellow of Trinity College, Dublin until his retirement in 2017.

The American writer Richard Ford has described his work as: 'Serious, often grave, but inculcated with such sympathy and passion and affection that any obscurity is the enemy. It’s as if what Gerald Dawe has to tell us is so vital that clarity – such a virtue – is a moral matter’.

Here, he reads his poem Valerian:

He talks about the importance of clarity in his poems, how he approaches writing, and reads a number of poems from his latest collection, The Last Peacock, published by The Gallery Press.

Gerald is also co-editor, with Eoin O’Brien, of the poems of Ethna MacCarthy, doctor, poet, and life-long friend of Samuel Beckett, whose work has recently been re-discovered. He tells us about the new collection of her work published by Lilliput Press and reads one of her poems. 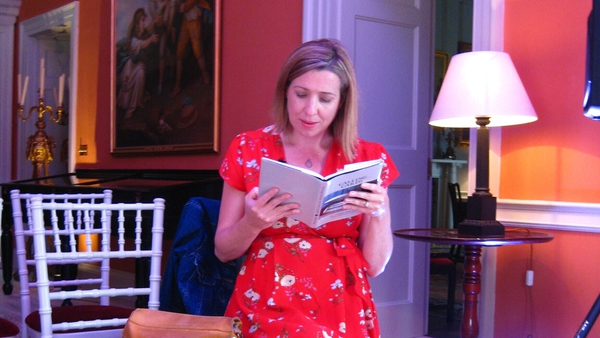