Sunday evenings will once again come alive with literary debate on RTÉ Radio 1 with the return of The Book Show this December, with new presenter Rick O'Shea at the helm.

Rick, an avid book lover, says he considers presenting the show to be "the job of a lifetime". He follows previous Book Show presenter Sinead Gleeson, now a successful author herself following the publication earlier this year of her acclaimed essay collection Constellations.

The Book Show, which will be broadcast on Sunday evenings, celebrates books and the world of writing with readings, discussion and author interviews - additional Book Show extras will be available here at RTÉ Culture.

The man himself couldn't be more delighted to take the helm: "I run the largest book club in Ireland, The Rick O'Shea Book Club on Facebook, with 28,000 members. I'm a lifelong obsessive reader and have been immersed in the book world for the last five or six years, doing interviews with authors at arts festivals and book reviews on radio, so this is the logical culmination of all those things"

Rick has been a broadcaster with RTÉ since 2001. He was previously on RTÉ 2FM and presented RTÉ  Radio 1's The Poetry Programme. Rick currently presents weekday mornings on RTÉ Gold.

The Book Show will return to RTÉ Radio 1 on December 8th at 7pm, with a special Christmas Day edition at 5pm on December 25th - listen back to last year's Christmas special here. 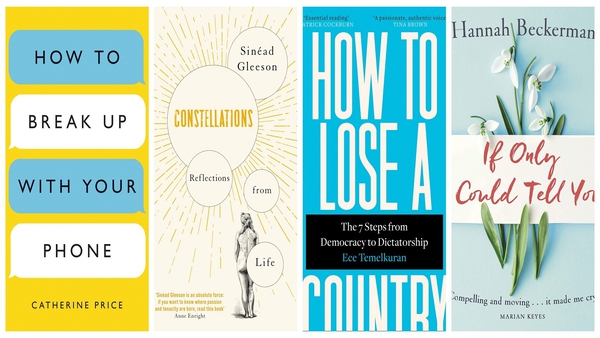