Colm Toibin writes for Culture about Pale Sister, his 'taut and truthful' take on the classic Greek tragedy Antigone, which runs at The Gate Theatre from October 31st.

Anyone who approaches Sophocles's Antigone has to be aware that its raw power and its urgent arguments speak a special truth across the centuries to each generation and offer a special challenge. The conflicts that are dramatized in the play are ones that remain powerfully with us. In the twentieth century, the idea of the individual conscience appealing to some force beyond the here-and-now became pressing and dramatic. In his poem Easter 1916, W.B. Yeats teased out the gap between the ‘terrible beauty’ of individual sacrifice and the common place ‘where motley is worn’. A few years later, George Bernard Shaw would use the figure of Joan of Arc to dramatize ideas about the lone and remarkable individual and the price she would pay for her bravery.

In the spring semester of 2018 the actress Lisa Dwan and I co-taught a seminar at Columbia University in New York called The Antigone Project. We sought to examine the versions of the play that had been made in the past eighty years by writers such as Jean Anouilh in 1944, Berthold Brecht in 1948, Athol Fugard in 1973, Tom Paulin in 1985, Seamus Heaney in 2004, Anne Carson in 2012, Slavoj Zizek in 2016. Each version, we noted, reflected a precise political moment, or the particular concerns of the author. No version, produced in these years, was freed from its context.

The conflicts that are dramatized in the play are ones that remain powerfully with us.

With the help of Carina de Klerk, a graduate student in Classics, we moved between Robert Fagles’s direct translation and these more recent versions, looking at different approaches to the central argument between Antigone and Creon and scrutinizing the various ways of rendering the choruses.

We were visited by a number of scholars to help us with background, including Helene Foley from the Classics Department at Barnard, who spoke about women in Greek theatre, Kendall Thomas, from Columbia’s Law Department, who addressed theories of law, Stephanie McCurry from the History Department to talk about women and courage in history, James Shapiro from the English Department, who addressed ideas of tragedy, and Fintan O’Toole from Princeton, who spoke about the political context.

We were also visited by the German film director Volker Schlöndorff who, with Fassbinder and others, made the film Germany in Autumn in 1978. Schlöndorff was responsible for the final section of the film in which the figure of Antigone is invoked as a dangerous presence in the Germany of the late 1970s. Also, Kamila Shamsie, the author of the novel Home Fire that had appeared the previous year, came to the class. Her book is a version of Antigone set in contemporary England.

As part of our work, I began to write my own version of the story, presenting a new scene to the class every week. Every Tuesday afternoon, I would start to work, completing the first draft of a new section by the following morning. I would immediately send this to Lisa Dwan who, often, within an hour or two would, using Dropbox, return the material to me, having recorded it.

Anyone who approaches Sophocles's Antigone has to be aware that its raw power and its urgent arguments speak a special truth across the centuries to each generation and offer a special challenge.

We would then begin the real work, examining each phrase and sentence, but looking also at the larger picture, alert to how Antigone emerged in these pages. It was clear to us both, I think, that Antigone could no longer be presented as enraged, hot-heated or hysterical against Creon’s calm rationality. And we sought to question Ismene’s position on the margins, hoping that we could throw light on her refusal to become actively engaged as something more dramatic than simple passivity. We wanted her to be both chorus and protagonist.

Lisa was concerned at how Antigone had been represented in some of the earlier versions and argued for us to make the encounter between her and Creon one in which Antigone’s intelligence and placid determination would come to the fore and the possibility that she was in the right be dramatized.

As Antigone and Creon argued in the text that I was writing, Lisa and I discussed that text itself in ways that were often spirited and intense. These conversations pushed me towards writing a more taut and truthful drama. Both Lisa and I were aware of what was being revealed in the world around us, not least in the theatre and the academy, about gender and power, about silence and speech. Both of us saw how much this play could matter in this debate. Lisa Dwan caused me to see this more sharply and coherently than I did when we started.

The students, each Monday morning, also had strong views on the role of a drama like this as an intervention in the contemporary debate. A few times, they came up with brilliant solutions to technical and narrative problems. As each of them set to work on their own projects that related to Antigone, I learned a great deal about the power of this story, what it can mean to an audience now and what it meant to audiences in the past.

The questions raised in the play had nourished two novels I wrote in the 1990s – The Heather Blazing (1992) and The Story of the Night (1996). Both novels dealt with silence and complicity during a time of strife. In the first, a judge in the Republic of Ireland becomes part of a movement to contain the forces that Antigone might unleash; his task is to invoke the spirit of Ismene and move Southern Ireland away from conflict towards European Union and Anglo-Irish Agreement. In the other novel, the message that the heirs of Antigone’s legacy sends is urgent, courageous and morally necessary. As the military dictatorship in Argentina in the late 1970s and early 1980s tortured and murdered people with impunity, there was no opposition until the mothers of those who had disappeared began to gather in front of the Presidential Palace every Thursday wearing white headscarves. It was their very presence that made the difference, their lone defiant witness. It was their very powerlessness that gave them power. They were women against a military dictatorship, women whose protest eventually prevailed.

Ireland and Argentina are merely two examples of places in which this debate about the clash between individual conscience and public power has taken place. In every fraught political moment, the gap between the silence of complicity and the risk taken by those who speak their minds is intensely dramatic, the conflict taking its bearing from one that was dramatized for the first time in Athens almost two and half thousand years ago.

Pale Sister by Colm Toibin is at The Gate Theatre, Dublin, from October 31st - more details here. The text of the play, published by Gallery Press, is available now. 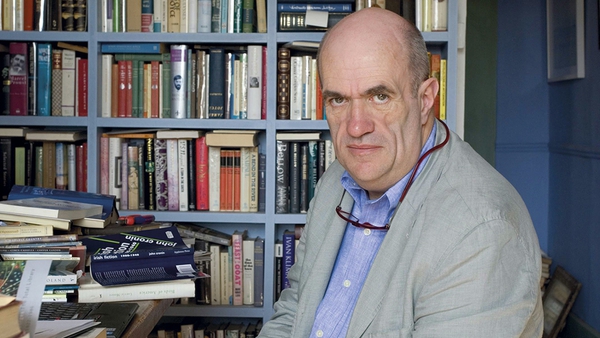