Composer Tom Lane writes for Culture about his collaboration with director Wayne Jordan on The Haircut! - a 'fairytale remixed and retold' for young audiences and inspired by the myth of Labhraidh Loingseach, which opens at The Ark, Dublin on October 10th.

Wayne Jordan and I have been working together since I wrote the music for his production of Twelfth Night at the Abbey Theatre in 2014. We also worked together on productions of Romeo & Juliet at The Gate Theatre and Oedipus at the Abbey. Although all of these productions were for adult audiences, they all used live music in a variety of inventive and creative ways. The Haircut! is the first piece we've worked together on which is for young audiences but it also uses live music in combination with text.

'The Haircut!' a new play @TheArkDublin is a refreshing retelling of the story of Labhraidh Loingseach in words and music for ages 8+ | by Wayne Jordan & Tom Lane | From 10 Oct - 2 Nov. Tickets: https://t.co/a8R7uIPJov #RTESupportingTheArts pic.twitter.com/W01Nu5Df2Z

Wayne and I have been working on The Haircut! since it was commissioned by The Ark nearly two years ago. We've had incredible support from Aideen Howard and the entire team at The Ark throughout the process. As well as individual writing time, we also had the opportunity to try out parts of the piece in several workshops in 2018. This allowed us to bring our actor Thommas Kane Byrne together with the musicians who will be performing the score.

There is something universal about telling a good story with colourful characters and accompanying the whole thing with live music.

The way that Wayne and I work is that he writes the text and I write the music, and then we come together in rehearsals and put it all together. The text and the music both come alive when they are performed live by the actor and the musicians. We carefully place and shape the music and the text to work together. The process is different to scoring a film because everything is live.

The actor and the musicians need to be acutely aware of what every part of the ensemble is doing while also concentrating on performing their own parts as well as possible. It's difficult, but we are lucky enough to have an extremely talented group of performers who make it seem effortless! The experience for the audience is similar to watching a radio play being performed live on stage.

Throughout the workshops, we have also had the chance to perform sections of the piece for young audiences. This has allowed us to understand how these audiences respond to some of the themes and music in the piece. We've discovered that our style of storytelling with music is engaging for audiences of all ages. There is something universal about telling a good story with colourful characters and accompanying the whole thing with live music. It's a form that has been performed in cultures all across the world for thousands of years.

The Haircut! is scored for clarinet, cello and percussion. This ensemble allows me to create a wide variety of textures and colours in the music. The percussionist plays a huge variety of instruments, including marimba, vibraphone, snare drum, bass drum, woodblocks, cymbals, gongs, mark tree, and triangle.

It's important for us that the musicians and their instruments are visible and part of the theatrical experience. In contrast to a traditional opera house, these musicians are not hidden in a pit below the stage, nor are they a recorded "invisible" orchestra like in music for film. The musicians contribute to the telling of the story in an equal way to the actor, and together they create something truly special. We are really looking forward to sharing this brand new piece with audiences! 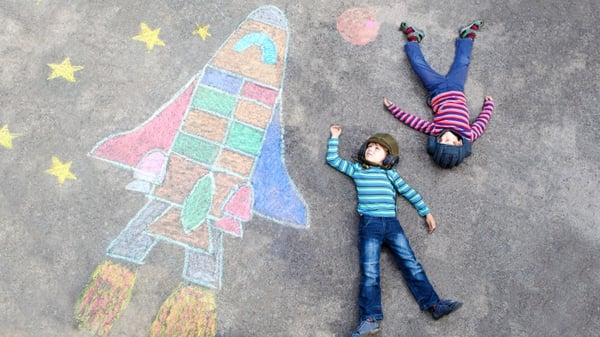