Do you remember the story about the little gay bull from the west of Ireland? His name was Benjy and the farmer who owned him was about to send him to the slaughterhouse because he wasn't getting his cows pregnant. That is until a local journalist named Joanna McNicholas wrote about Benjy the gay bull in a local newspaper – and hundreds of people came together to try to save Benjy’s life.

Now Joanna has made this week’s Documentary On One, Benjy The Little Gay Bull, and tells the story behind the programme below...

Listen to Documentary On One: Benjy The Little Gay Bull:

Every story has a beginning and the roots of this one were sown when I first met Joe Kelly in 1992. We had much in common. We were from the same area of Co Mayo, we knew many of the same people and we had similar interests. This formed the basis of a good solid friendship and over the following years, we often bumped into one another or shared the occasional phone call.

Then one evening in 2014 I met a group of old friends and Joe was amongst them. Neither Joe nor I had any idea this particular meeting would lead to a sensational news story that was going to place Mayo under a massive international media spotlight.

During our meet-up, Joe spoke about a challenge he was having on his farm. His expensive new bull was shying away from the role of fatherhood! Medically, the bovine was in tip-top shape so his reluctance to breed lay elsewhere. As Joe regaled us with his tale of woe I recall much laughter in the group. A lot of our mirth was also due to Joe’s delightful description of the bull showing romantic interest in a male calf in the herd. This was the crux of the problem! There’s no room on a busy farm for a valuable 'non-working’ bull loitering around the fields. There was only one solution. The abattoir.

The topic of homosexual animals had received very little attention up until our Mayo bull placed his hooves into the limelight, but when the conversation started it wasn't stopping easily.

I write on a freelance basis for the local newspapers and as such am always on the lookout for an unusual story. I was taken with Joe’s dilemma and after consulting with him approached a local newspaper with the story of the bull. A week later the article was published. There was a caveat however in all of this. I had promised Joe that his identity and location wouldn’t be revealed. This was our own version of health and safety and was based on pure common sense. Bulls are dangerous animals and the farm was strictly out of bounds for sightseers or curious reporters.

The story attracted huge attention. Within a couple of days, the internet was flooded with stories of the Mayo bull. He was also being spoken about on radio stations in Ireland and around the world. Friends were texting me each time they heard the bull mentioned on radio or TV. He had become an international celebrity and the world’s media wanted to find his secret hiding place.

The world was alight with discussion about the animal now known as Benjy. This was the place where the farming and non-farming communities met and took up polarised viewpoints. The pragmatic farming community were dismissive, even disparaging of the bull, but the non-farming community were filled with compassion for the unfortunate animal who was facing certain death. As a result of the publicity, a group of people began a fundraising campaign with the noble intention of saving the bull’s life.

Within a couple of days, the internet was flooded with stories of the Mayo bull. He was also being spoken about on radio stations in Ireland and around the world. Friends were texting me each time they heard the bull mentioned on radio or TV.

The topic of homosexual animals had received very little attention up until our Mayo bull placed his hooves into the limelight, but when the conversation started it wasn’t stopping easily. The world started asking if animals could have sufficient intelligence to prefer mating with their own gender. Joe Kelly’s Charolais bull was pushing the boundaries of conventional thinking. Questions were being asked and conclusions being reached

Eventually after several weeks of concealment and amidst the glare of publicity Joe and his celebrity Charolais emerged from their closely guarded location. In farming language, Benjy was being ‘live exported’ but those close to him knew he was emigrating to the safety of UK pastures where he could live the rest of his life in peace. This all happened just five months before Ireland became the first country to officially pass the same-sex marriage referendum in May 2015.

But Benjy’s story didn’t end there, because over the following months each time he appeared in newspapers and magazines new chapters were added. Benjy, however, faded from the headlines and since mid-2015 there’s been nothing heard of him. It’s now almost five years since he left Ireland and when the idea of a radio documentary came about, the big question being asked was "where is Benjy now and is he still alive?" 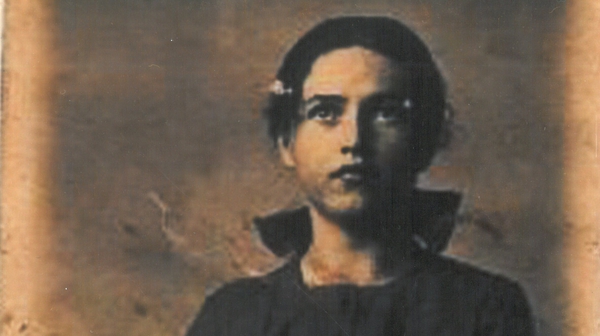 Documentary On One: Shining a light on Ireland's troubled past