Making music with the conversation is singer-songwriter Leanne Harte, who now works in digital media. Leanne shares her coming out story.

Adding to the blissful and sexy gaiety of the house is Cian Kinsella, one half of the acrobatic comedy duo Lords of Strut, who perform with Panti Bliss in the stage show RIOT. 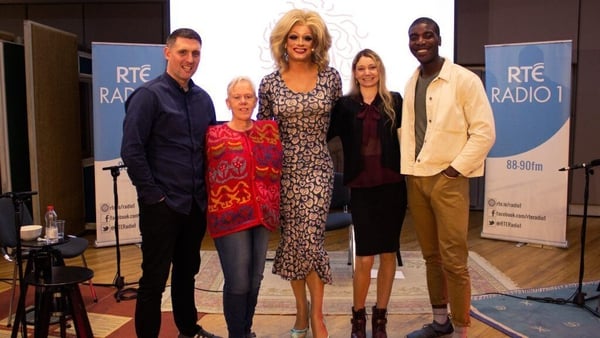