A new exhibition at Donegal's Glebe Gallery tells the story of 21st century Ireland via a series of acclaimed artworks by a number of major contemporary Irish artists.

Inspired by a series of articles created for RTE.ie, and presented as part of this year's Earagail Arts Festival, the show features a wide-ranging collection of urgent contemporary artworks, including internationally important artists such as Willie Doherty, Amanda Coogan, Corban Walker, Mick O'Dea, Dorothy Cross, and Aideen Barry.

For the exhibition, a 22nd artwork has been added to the original series - Vukašin Nedeljkovic's Lissywollen Accommodation Centre, Athlone, (2013) - in Leach's words, Nedeljkovic's art draws lines between Direct Provision and the Irish state’s history of incarcerating and othering those who were held in residential asylums, Magdalene Laundries, Industrial Schools, mother and baby homes. 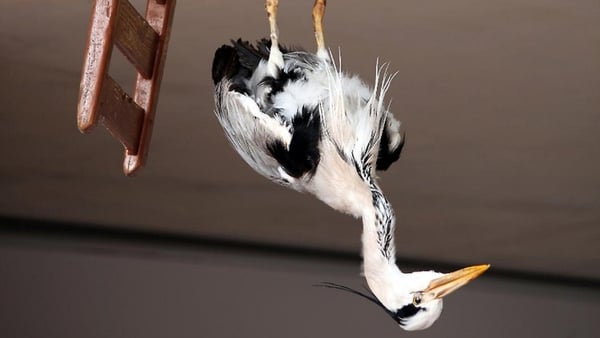