We're delighted to present an extract from Can I Say No?, the new book from Stefanie Preissner, creator of RTÉ's Can't Cope Won't Cope.

Traumatic childhood sleepovers, stressful social occasions, unrealistic demands at work, unwanted second dates and endless offers of cake, in her memoir, award-winning writer Stefanie Preissner leaves no NO unexplored. From the issue of consent, and what happens when a whole country comes together to say Yes, Can I Say No? is one woman's honest and hilarious take on how re-learning one small word can pave the way to saying YES to who you really are...

IN MY TEENS, I WAS IN A COMPETITIVE SWIMMING CLUB in Mallow. We were called the Mallow Swans. The name sounds far more graceful than the fierce and often aggressive way we approached what most people would call a leisure activity. At the crack of dawn on weekday mornings we would get up and get dressed, get to the pool, get undressed again, then dive into freezing cold water. Our bodies full of melatonin, sleep still crusty in our eyes, we slingshot ourselves into the coldness to shock ourselves awake.

Swimming is a club sport but it is absolutely not a team sport. Everyone in that pool was in it for themselves. As a swimmer I was never concerned with other swimmers. I had no rivals in other clubs – there was no nemesis I could target with negative energy and voodoo wishes of failure. The only person I had to beat at a swimming gala was myself. Each time a new race came up, the Stefanie of a few weeks previous was no longer good enough. She had to be beaten. Even if Stefanie of a few weeks previous had come first, or even won a gold medal at the goddamn Olympic games, she was still not good enough now. Now there was a new race and the aim of every race was a PB. A Personal Best.

In swimming, you move up the ranks, graded A, B, C, based on your times for your event. Most of us started in C, then moved our way up by getting our ‘B time’ and then our ‘A time’. Swimming pools are full of kids who can’t tell you what they feel about bullying or what they’d save in a house fire but they can tell you – to the millisecond – how fast they can get through 200 metres freestyle. I knew swimming better than I knew myself. I quickly learned how to zone in and become hyper-focused on the tiny numbers on the stop watch. That made me lose all sight of the bigger picture. In that world a second was too long. When we talked about ‘knocking four off it’, we meant milliseconds. In karate there are coloured belts to show how advanced or novice you are. In swimming there is nothing external to show people your skill. You just carry it inside you. Your own personal best that could always be better.

I needed to knock 0.4 of a second off my time to get into the B grade. I had done it in training. The gala approached and I was sure I’d fuck it up. I’d fucked it up before. Queuing up for my race I walked past Paul, a ten-year-old swimming prodigy, who, people whispered, was ‘bound for the Olympics’. I’d watched him swim earlier that day. He was already an A swimmer. He didn’t have another grade to aim for. Once you got to A there were other tantalising demons, though. There were endless qualifying times for All-Irelands, Irish Opens, European Championships, Commonwealth Games, and it wasn’t unheard-of for people to be aiming for the Olympics. Paul’s eyes were bloodshot.

‘Well done in your race.’

‘Yeah, my eyes are just sore from the chlorine.’

He walked away. I queued for my 100-metre race. I’m not going to drag you through the endless 1 minute, 23 seconds and 6 milliseconds it took me to get through the race. I got out of the pool, asked the timekeeper if I could see the watch. There it was: my failure, in bold digits, for me to carry around until I could get rid of it by being better. I was 0.61 of a second slower than my best.

Striving for constant self-improvement is noble until it’s psychotic. It’s great to be curious about the world and want to learn new things. That’s the impulse that makes us read and explore and develop. It gets tricky when self-improvement has no end-goal. When I wanted to learn kickboxing, I started out thinking I just wanted to acquire a skill, but once I was in there, the basics weren’t enough.

Clearly, my swimming tendencies are still ingrained in me. Nothing is ever enough: there is always a better thing, a better way I could do it. There’s always more I could achieve. This trait has pushed happiness to the horizon of perfection for me. Horizons are illusions. I’ll never get to happiness because nothing will ever be perfect. Whole industries profit from our feeling that we can never be enough. The impossible standards we’re expected to reach are crippling. Most often, I put such expectations on myself but they’re influenced and informed by the media I consume, which is targeted directly at me.

Listen: Stefanie Preissner's Soundtrack to Her Life, via The Ray D'Arcy Show:

The media is understandably polarised – vagueness and half-baked ideas don’t sell magazines. People are much more likely to click, or purchase something with the headline ‘10 FAIL-SAFE CURES FOR ACNE’ than ‘10 TREATMENTS FOR ACNE WHICH MAY WORK FOR SOME PEOPLE BUT NOT OTHERS’. The media we consume is directed, targeted and definitive. It promotes the best and the worst of everything, from people, to restaurants, to brands, to political parties, to music festivals – the list is endless. It makes sense then that we only see people at their best and their worst. We see people on red carpets having been in hair and make-up for twelve hours, then styled by a senior designer in some global fashion house. But all we see is the snapshot, the single moment where they’re looking their best – or their worst, covered with vomit, falling out of a taxi.

The media love to watch us swimming in a culture of scarcity, drowning in the feeling of ‘not enough’. They can’t cope with the idea that we might say no to perfectionism. Sure, even the section in which you probably found this book had some titles that were artistically rendered to make you feel like

(a). there was something wrong with you and

There’s nothing wrong with us, though. Not really. I’ve tried to be perfect and, because of that, I’ve seen minor shortcomings as massive personal failures.

I try to tell myself that good enough is good enough. I repeat, ‘Done is better than perfect,’ over and over. I’m trying to rewire my brain, to steer myself away from the need to be perfect and towards the light. But because I once said yes to perfectionism, it’s a hard one to break. I’m trying to find a way to click Edit > Undo Decision on the need to be right and good. I have to try to find joy in moments of achievement and not be already on to the next thing. I have to try to learn that done is better than perfect, that good enough is good enough.

I was 0.61 of a second slower than I wanted to be and it was an utter failure. I was saying yes to the impossible standards I had imposed on myself, or that had been imposed on me. When I write that sentence about the milliseconds I see how crazy it is. But another part of my brain has just said, ‘I bet you’d be able to beat that time now. You’re way fitter than you were as a teenager.’ When will I learn, like?

The still small voice inside me, Little Stef, now asks me, Is OK enough? Can ‘done’ be better than ‘perfect’? It’s super-scary to accept that the things you do aren’t perfect. Like this book. It’s grand, like. It’s not amazing or ground-breaking or life-shattering. It’s not going to make Oprah’s Top Whatever. It probably won’t ever win anything that looks like a trophy – but so f*****g what? 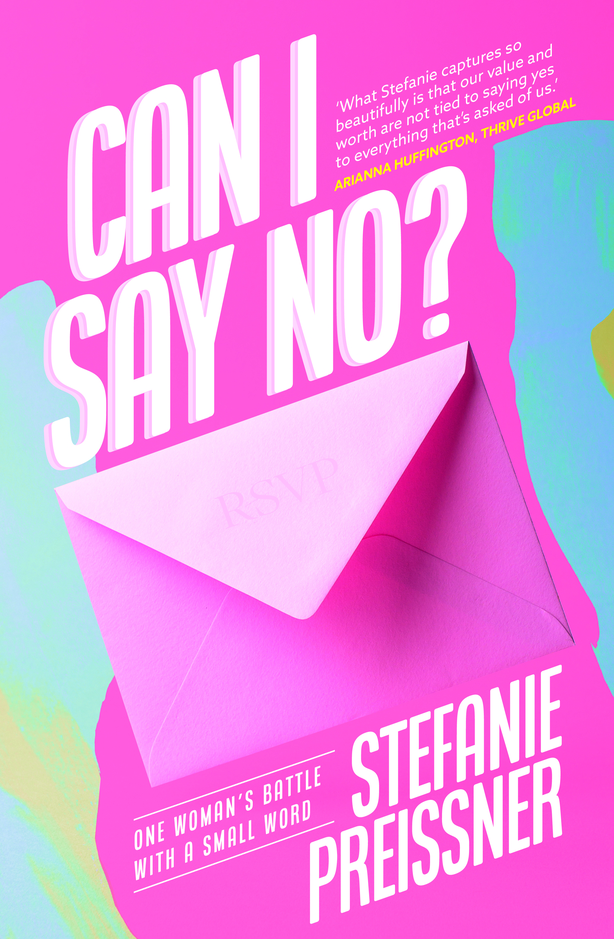 Can I Say No? by Stefanie Preissner (published by Hachette Ireland) is out now. 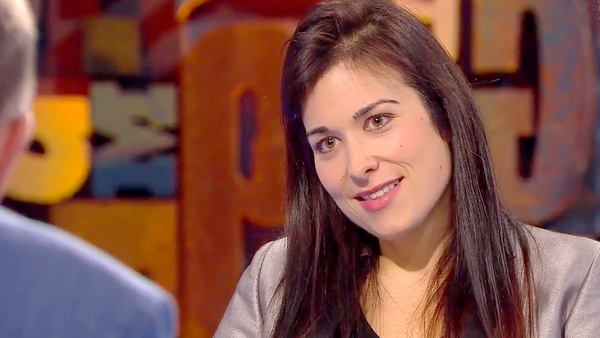 Something For The Weekend: Stefanie Preissner's Cultural Picks