It was an exhausting circuit: 25 amateur drama groups taking to the four corners of Ireland competing at 36 local drama festivals in a bid to be one of the 9 who finally make it to Athlone for the RTÉ All Ireland Drama Festival finals this May.

And looking at the programme of plays for Athlone, a sense of heightened anticipation descends over even the most seasoned of patrons.

For who else could be more worth waiting for than Godot? And where else in all Christendom are actors ardently praying to be watched over by someone? Anyone!

And so the auditorium fills, the stage is set, the curtain rises… And as the words take flight on broken wings, there is one who sits in judgement – the adjudicator who might well be an enemy of the people come final night. But for now, at least, let us bask in the memories of Brighton Beach and dream of Philadelphia! And know that for all this drama, I was once a fool for love, in earnest full of my own importance!

And so to the 2019 finalists! They range from first-time qualifiers, previous qualifiers and previous winners.

The RTÉ All Ireland Drama Festival opens on Thursday May 2nd with the return of the Co. Waterford group, Brideview Drama. They will perform Brian Friel's play Philadelphia Here I Come. The group qualified for the Open finals for the first time last year, finishing in second place.

Have you checked out our RTÉ All Ireland Drama Festival Fringe? Loads of choices! Catch Beauty Queen of Leenane on Wednesday 1st performed by Confined All Ireland winners Holycross/Ballycahill Drama Group!! pic.twitter.com/bqmxVaJmWT

After an absence of a few years, previous All Ireland winners Corn Mill Theatre Company, Co. Leitrim, return for what will be their 23rd appearance in the finals on Friday May 3rd to perform On Broken Wings by Dermot Healy. The play is one the company holds dear, as playwright Healy himself was a founding member of the company. Corn Mill won the event on three occasions: in 1998, 2005 and the last being with a new play The Devil’s Céilí in 2014. 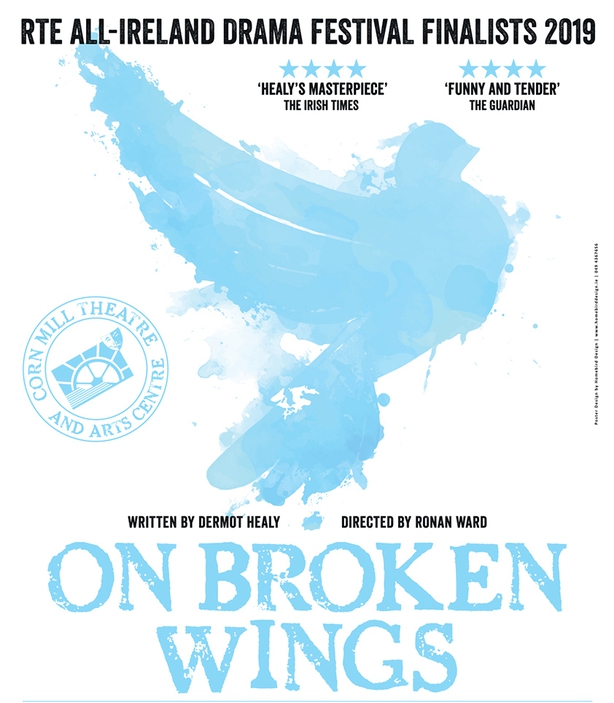 First-time qualifiers (and All Ireland (Confined) winners in 2017) Doonbeg Drama Group will perform a play from the pen of one of the most important US dramatists of the 20th Century, Fool For Love by Sam Shepard on Saturday 4th May.

Sunday 5th May sees the return of Butt Drama Circle, Co Donegal who will perform a play centred on a kidnapping - Someone Who’ll Watch Over Me by Frank McGuinness. The group last appeared at the Open finals in 2003 and make a welcome return to Athlone for their fourth final.

On Monday 6th May Kilrush Drama Group, County Wexford, will perform The Steward of Christendom by Sebastian Barry a play based loosely on his own family history. All Ireland (Confined) winners in 2015, this is the group’s first time to qualify for the Athlone finals and are most welcome.

On Tuesday 7th May, Prosperous Dramatic Society, County Kildare will perform An Enemy Of The People by Henrik Ibsen. Having been runners up on several occasions, the group carried off the RTÉ All Ireland Drama crown and the Abbey Award last year with their production of Sylvia by A.R. Gurney. Returning as reigning champions, they make their 10th appearance on the Athlone stage this year.

On Wednesday 8th May, Ballyshannon Drama Group, Co. Donegal will perform the classic farce The Importance Of Being Earnest by Oscar Wilde. All Ireland (Confined) winners in 2011, this is Ballyshannon’s fourth appearance at the Open finals.

Thursday 9th May sees Newpoint Players, Co.Down perform the Samuel Beckett classic Waiting For Godot. One of the longest established groups on the circuit, Newpoint Players make a welcome return to Athlone after an absence of 13 years. The group won the competition three times: in 1958, 1962 and 1992.

The Festival will draw to a close with Bridge Drama, Co. Wexford performing Neil Simon's coming-of-age comedy Brighton Beach Memoirs on Friday 10th May. Bridge Drama won the All Ireland (Confined) Finals in 2009, and this was quickly followed by winning the Open finals in 2016 with another Neil Simon play, Lost in Yonkers. This is their 4th Athlone appearance.

The 2019 Festival will take place at the Dean Crowe Theatre, Athlone from Thursday May 2nd, to Friday, May 10th, inclusive. Performances commence nightly at 8pm. The nine-day festival, which is held under the auspices of the Amateur Drama Council of Ireland, showcases the very best of Irish amateur theatre and attracts hundreds of visitors from across the country to the Midlands every year.

Tickets for the RTÉ All Ireland Drama Festival can be booked through the Dean Crowe website here or via the theatre box office, phone (090) 6492129. 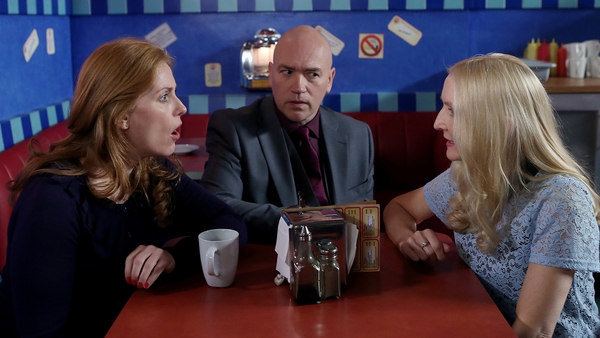