Fair City Series Consultant (and former Home And Away alumni) Sam Atwell is giving a workshop at this year's RTÉ All Ireland Drama Festival, which kicks off on Thursday, May 4th - by way of a preview, here are his Ten Golden Rules Of TV Scriptwriting...

1. Research - know the show you are working for. Do as much homework as you can on the show, it's stories, history, setting. Immerse yourself in the world of the show. Watch it as much as you can and watch it over and over again so the voices and style becomes part of your writer's toolbox.

2. Research More - find out as much as you can about how the show is run. Who will you be working with, answer to, points of contact, what are the deadlines? This will give you the confidence to work to the best of your ability.

3. Ask Questions - there's obviously a lot of stuff you can find online, but with a show like Fair City, that is now in Season 28, it may be impossible to find out all the information you need. Don't be afraid to look silly. Better to look silly asking a question then when the executive producer is reading your script or story.

4. Use Your Team - the wonderful thing about television is that you are not writing alone. There is a story, script and production team that you can work with, ask questions of and bounce ideas around with.

5. Plan - there's no point in starting to build the best house in the world if the foundation isn't laid well. Plan as much as you can before you start writing. Start with small building blocks for each scene. Turn these into a story that works and then begin on your story or script.

6. Point Of Scene - when planning and then writing, the most important thing for a writer to know, above all else, is the point of the scene. Why is the scene in the story, script, block, season, the show altogether? What purpose does it have? How does it drive the story forward? Ultimately every line in a scene should somehow relate or drive to the point of scene. If it doesn't it can usually be cut.

7. Logic - a question to ask at all stages of writing. Does this make sense? Would a character do what they are doing and why? Does it feed into what has gone before and what has gone after? Does each line follow to the next?

8. Entertainment - If you do all of the above, you should be heading towards making your writing entertaining. If you find that it isn't, however, then it may require going back and looking at the above points. A television writer always needs to be making the audience ask, 'What happens next?' It is this story drive that makes us watch television - and therefore makes it interesting. Focus on driving your story forward and giving each scene a hook to make us want to keep watching, and find out the answers posed by the scene before.

9. Visualization - Screenwriting is a visual medium. What might read well on the page may not always translate to being dynamic on screen. Read your stories/scripts out loud, act them out. See if there is enough movement in them or are they static. Make them move. Are the characters fighting for something? Is there an obstacle in the scene they have to overcome? How do the relationships change through the action of a scene, episode, week, season? There needs to be evolution in your stories. Always ask - what am I watching? It's like watching sport. We have all watched dull games and exciting ones. Think about these differences and invigorate your work with action and change.

10. Editing - While this sometimes comes after all the others it is one of, if not the, most important tool. Edit your work as finely as you can before presenting it, then be prepared to edit and edit (and edit) again until it goes on screen. Egos need to be left behind. Everyone involved is trying to make the best show possible, and while it is sometimes heartbreaking to have to cut good material it is often necessary for a multitude of different reasons. Often this has nothing to do with your skill as a writer, so don't worry about it. Listen to notes, discuss them and respond as quickly and as thoughtfully as possible. Sometimes, this means throwing out whole scenes and starting again. It's important not to feel you are back at square one. You have already done drafts, for whatever reason they may not be working, but you have that behind you to build on so you can go confidently forward and create amazing television.

Find out more about the RTÉ All Ireland Drama Festival here. 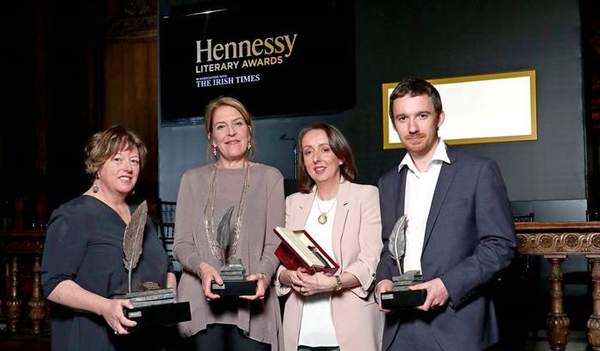