What? Another Bank Holiday? Some choice cultural cuts for the week ahead...

You can keep your Game Of Thrones - we're more excited about the return of David Milch's western masterpiece, due later this month for a final hurrah, more than a decade after the series' premature ending. Warning: this trailer contains scenes of Ian McShane swearing. To mark the 80th anniversary of the publication of Finnegans Wake, the James Joyce Centre is hosting a weekend of events celebrating this outrageous epic of 20th Century literature - find out more here.

While we're at it, did you hear about the New Jersey high school that staged their own elaborate stage production of Alien? Watch the whole production here. Even Sigourney Weaver turned up to see the show...

Irish-Nigerian academic, writer, and broadcaster Dabiri takes us from pre-colonial Africa, through the Harlem Renaissance, Black Power and on to today's Natural Hair Movement, the Cultural Appropriation Wars and beyond in this rousing (and important) memoir.

This chilling epic dramatizes the story of one of the worst man-made catastrophes in history, with a welcome leading role for the great Jared Harris, who's become a compelling screen presence to rival his father Richard.

Fontaines DC on The Tonight Show with Jimmy Fallon

Irish rock music is live and dangerous once again. The big question - when are they gonna be on the Late Late?

Donnacha Dennehy and Enda Walsh's acclaimed opera is newly available on CD and for download - if you'll excuse the alliteration, it's a monumental modern masterpiece and whets our appetite for their next collaboration (following this and The Second Violinist), due in 2020. Listen to it below: 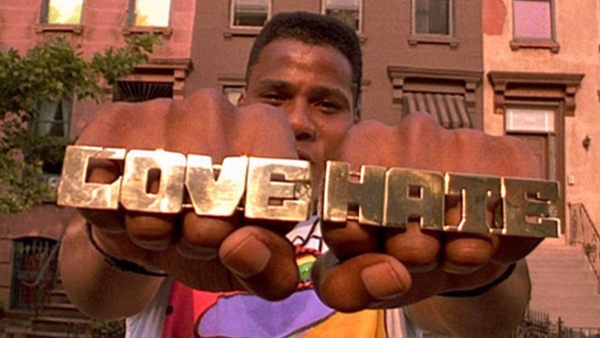