Ethnomusicologist and musician Dr. Aileen Dillane is one of the judges for Ireland's Favourite Folk Song - below, she offers her own unique insights into the judging process, and the selection of the 10 shortlisted songs - listen to the shortlist here.

Picking a shortlist of ten representative songs for Ireland’s favourite folksong from thousands of entries suggested by the public – how easy would that be? Actually, it turned out, not so easy, as we found out when eight jury members convened in Dublin in late February. Chosen for their respective expertise in music performance, curation, production, writing, and teaching, the eight jurors were each asked in advance of the meeting to create their own personal shortlist from the public's suggestions, each choosing the ten songs that both reflected the public's choices, but that also most fully represented, in their opinion, the story of folk song in Ireland. The eight individual lists would then be cross-referenced before we started to form a starting-point for the jury discussion.

Not surprisingly there were commonalities. The challenge came with addressing the differences and the rationale around our individual choices and how these translated in the context of an initial public vote. Much time was spent in the initial hours of the meeting, therefore, on really interrogating what constitutes a folk song? Is it about longevity and persistence in the canon? If so, what about newly composed songs that are held very dearly by the public? Is it about structures of feelings and singability? Do we need to be able to literally sing the song with passion? Is it about representation and dealing with Irish topics from a historical, political, socio-cultural perspective? What about new ideas on what constitutes different registers of Irishness in this multicultural and intersectional age?

To and fro we debated, championing songs for those final shortlist slots. What was perhaps most rewarding about this process was the way in which people left personal preferences at the door and instead engaged in careful, thoughtful and nuanced exchanges about what happens if a song is left out (or in) and the implications of that for the communities across Ireland and its diaspora who voted for the song initially. There was a great degree of respectful listening to the perspectives of each person at the table.

Difficult decisions were made, and inevitably, compromise was part of these negotiations. But in the end, we agreed on a list of ten songs that we all felt we could stand over. It is our hope and belief that every viewer/listener can find at least one song that meets their own criteria for Ireland’s favourite folksong.

Thank you for voting for your favourite folk song. Voting has now closed.

You can listen to the shortlisted songs here. 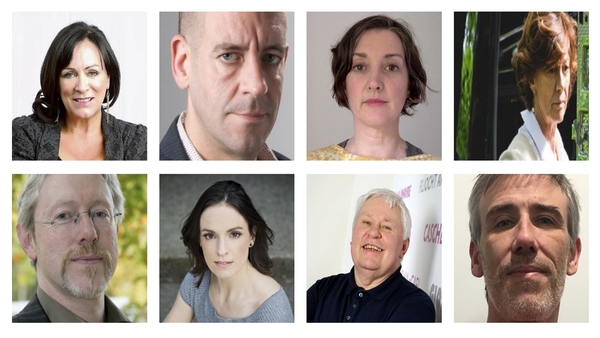