"Jesus Christ: Lust For Glory" was the reply from Python Eric Idle, when he was asked by a journalist what Monty Python was planning to do next.

Britain's greatest comedy team were in no rush following the success of their first original motion picture,1974’s Monty Python And The Holy Grail. And it would be five full years before they would reunite again on screen. During that time, this off-the-cuff quip lingered, blossomed and bore fruit - blasphemous fruit to some, but to most one of the peachiest, smartest and funniest films ever committed to film.

Thus was the genesis of the funniest motion picture ever to be banned in the Republic Of Ireland.

Watch: The original trailer for Monty Python's Life Of Brian

Oh, to have been a fish in a tank at the office observing Irish Censor, Frank Hall and his team’s reaction post screening. Better still to imagine a Python version of the scene, with Graham Chapman playing Hall.

"Gentlemen, I can safely say - and I think you all agree as I look around the room - that films such as we have just witnessed are the reason why we all get up in the morning. The fact - and I want to make this quite clear - that we have never laughed so much in our entire lives, should not remotely enter into our deliberation on whether to expose the irish public to this level of comedy. Your thoughts?

"I didn’t think it was silly enough."

"Shut up, Father. Sure you wanted to ban A Clockwork Orange because it didn’t have fresh fruit in it."

And so Brian, cast out into the desert, far away from the corruptible eyes of our fathers and our father’s fathers, wandered until the year of our lord 1987, when his ban was lifted on appeal in lieu of a home video release. Slapped with an 18 cert, it was only then, your author, a fallen Catholic, managed to rent a copy from a video library adjacent to the old Ambassador cinema and laughed himself silly.

A few years later, Life Of Brian finally got a proper cinema release in this country, and I went to see it in the Screen on Aston Quay. My hand to god, I’m NOT lying: there were two nuns sitting behind me, laughing through their beards throughout (Okay I may be misremembering the beards, but they were positively brides of Brian).

Ireland wasn’t the only country to try and stifle the coming of Brian. The debate got so fierce as the film rolled out in 1979, John Cleese and Michael Palin felt it necessary to go on British television to defend their work. Leading to an infamous talk show debate where leading christian Malcolm Muggeridge and then Bishop of Southwark, Mervyn Stockwark, failed to engage in much in the way of a discussion and essentially dismissed the two Pythons as attempting to offend and outrage simply for financial gain. This bit of TV history is worth
watching alone for the sight of the usually nice and affable Palin looking like he is but moments away from nutting a bishop.

How far have we come since then? Quite far - albeit at our own pace. Four years later Ireland was again to labour the point by banning the Python’s final film, The Meaning Of Life, a ban which lasted until 1990. This was likely for its stunning use of gore, but I like to think it was because it gave the game away when it revealed life’s meaning a bit bleeding obvious: "Try to be nice to people, avoid eating fat, read a good book every now and then, get some walking in, and try and live together in peace and harmony with people of all creeds and nations."

LIfe Of Brian will have a special one-off anniversary screening at the IFI, Dublin and other selected cinemas nationwide on Thursday April 18th. A beard will be supplied - fresh fruit at your own discretion. 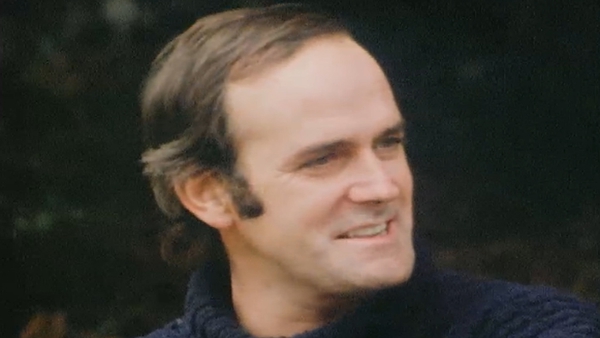