Director Michael Barker-Caven takes us through his approach to our the Irish National Opera's new production of Verdi's Aida, which premieres this weekend at Dublin's Bord Gáis Energy Theatre.

For any director worth their sauce, Aida is the greatest of all operatic challenges.

An immediate hit at its premiere in 1871, it’s been performed countless times ever since in opera houses large and small. With its sheer scale, its majestic sweep, its instantly recognisable triumphal music audiences remain captivated by Verdi’s titanic tussle right across the world to this very day.

Yet Aida’s very iconic status means it can be difficult to wrestle the opera free from the traditions and conventions of what’s gone before and to creatively reach back into its living, beating heart and express this as vividly and meaningfully in 2018 as if it were its first and only production. But that’s how I’ve attempted to approach it - for I want audiences today to feel the way they must have done back in 1871 when it first burst so majestically onto the unsuspecting world. I want this great story to be for you, for us - today.

I must confess over the years I’ve too often come away from live performances of Aida somewhat disenchanted. Not because of what Verdi has given us, which is an extraordinary story and an extraordinary score, but because of the way it’s often presented. The very nature of grand opera lends itself to iconic set pieces and scenes with huge numbers of people and this is of course very exciting to behold – something our INO production will deliver in spades. Yet in between all this grandiose display, the vast bulk of the opera – a love triangle of intense complexity and heartbreaking tragedy – too often somehow gets lost along the way.

Perhaps this is due to an unquestioning adherence to its original Egyptian setting and the ensuing challenge of parading all those elephants, pyramids and pseudo-Bronze Age iconography. As a result, I’ve stared at it somewhat bemused and asked, ‘Where among all the glittering finery is the human side of it?’

The story of Aida revolves around the intimate, real and passionate dilemmas of three characters: Princess Aida (who we meet enslaved, yearning for her freedom, yet further ensnared by her love for the commander of her enemy), General Radamès (the commander who dreams of becoming a king yet finds himself in love with the self-same slave… who’s really a princess in disguise… but he doesn’t know this…) and Princess Amneris (who also loves the same commander and of course expects him to love her back - but finds herself rivaled by a foreigner - and her slave to boot!) Like life, it’s terribly complicated (though instantly understandable). Verdi’s genius, of course, lies in how he is able to frame this very intricate yet intimate private story in the grandeur of the setting and the deeper historical and political context of a world at war.

In essence, Verdi juxtaposes personal dilemma with public responsibility and by so doing asks the question ‘what happens to someone when they get caught between a rock and a hard place?’

For me, this is where the real magic and excitement of Aida is to be found. For you see, Verdi wasn’t actually writing about Egypt of the Middle Kingdom, some 3,500 years ago. He was – as all artists do – writing about his now. And his now was one in which the Italian people were facing the then mighty Austro-Hungarian Empire which was determined to keep Italy divided and subject to its will. Even as he sketched out the first plans for the opera, the dust was barely settling on what had been the third of four bloody wars of independence as the people of Italy – motivated by the great cry ‘Viva Verdi!’ – fought tooth and nail for their freedom against a far more powerful adversary. In the figure of Amonasro, Aida’s father, we have a clear portrait of the patriot and guerrilla fighter Garibaldi, a man of almost mythic proportion to Italians (somewhat akin to our own Michael Collins). For Egypt read the Austrian empire; for Ethiopia (this tiny comparative land who are ‘rumoured’ to have attacked their vastly superior enemy) read the Italian states. And at that time it was more than touch and go that Italy would prevail and become a nation once again. Yet who now remembers the Austrian empire? For like all others before and all others to come – its hubris, its very intransigent power and insistence on its own exceptionalism brings it to the point of moral, political and spiritual bankruptcy.

What a much-needed story for our times!

Verdi’s Aida, directed by Michael Barker-Caven is at the Bord Gáis Energy Theatre on 24, 27, 29 November and 1 December. More details and tickets can be found here. 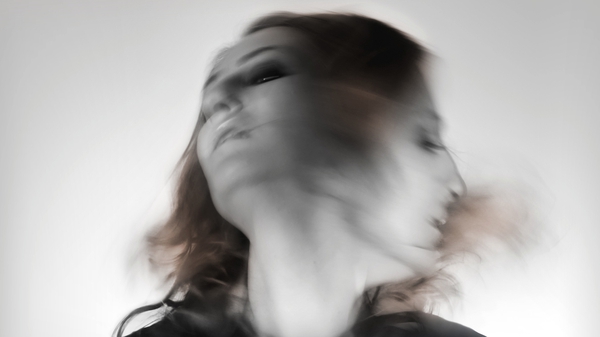