One of the strands in the complex relationship between the Irish American and African American communities is explored in this week’s Lyric Feature.

Radio producer J.J. O’Shea writes for Culture about his programme Common Ground, which looks at the role of Irish immigrants in blackface minstrelsy - listen to Common Ground above.

While I was in New York a couple of years ago recording material for a documentary about the development of Irish music in America the musician Dr. Mick Moloney suggested I might be interested in a talk he was giving at Glucksman Ireland House with his friend, the choreographer and historian Leni Sloan. The title of the talk was Two Roads Diverged and its theme was the encounter of Irish and African-American cultures, and the result of that encounter on the broader world of popular entertainment. As a lover of the music of the African diaspora in all its dazzlingly diverse and ever evolving manifestations I didn`t need to be asked twice. In fact I turned up early in order to get a seat near the front.

As the talk developed, I realized that Mick and Leni were uncovering a hidden history as their statements repeatedly challenged my own pre-conceptions. In particular I was struck by their account of blackface minstrelsy. Like many, I had been aware of the phenomena of minstrelsy with its attendant racist attitudes that lampooned African Americans and for that reason I had dismissed it, believing it was unlikely to warrant much attention in the way of artistic merit. Mick and Leni painted a bigger, different and more nuanced picture.

They showed how the originators of minstrelsy, who were largely of Irish descent, had fused aspects of Irish and African-American song, dance and music and had been driven by a genuine fascination with those forms. They explained how these 'Ethiopian Delineators' as they were termed, presented this new music and dance alongside comic sketches and routines to create a new theatrical form that provided the template for many of the major developments that were to follow in the world of American popular entertainment, even into the twentieth century. The Irish remained central to all those developments. Mick and Leni also looked squarely at the negative aspects of minstrelsy: the stereotypical stock characters drawn along racial lines and the gross, inaccurate and often cruel caricatures of African Americans.

I returned to New York last September and spent an enjoyable evening in the company of Mick and Leni as they ruminated on the nature of minstrelsy and its impact. I recorded the conversation in its entirety and edited highlights of that conversation provide the central thread to "Common Ground." With a mix of music, song and historical context the programme examines how the banjo came to Ireland via the touring minstrel troupes, it considers the emotional power of the songs of Stephen Foster whose compositions are still heard on the concert stage and have been recorded by artists as diverse as John McCormack and Bob Dylan, and the work of songwriter and playwright Ned Harrigan whose songs have since drifted into obscurity but who began his career in minstrelsy before he became the leading star of Variety Theatre with songs that reflected the rising status of the Irish in their adopted country,

In his closing words at Glucksman Ireland, House Mick Moloney had remarked, "To focus on the transcendental moments alone would be to gloss over a very complex and often tragic reality, but to only concentrate on the tragic realities and the tensions would also be a disservice."

I took that thought as the guiding principle for the programme.

Common Ground, RTÉ lyric fm, Sunday September at 6pm. The documentary is produced and presented by J.J. O`Shea for the Lyric Feature on RTÉ lyric fm, and was funded by the Broadcasting Authority of Ireland with the Television Licence fee. 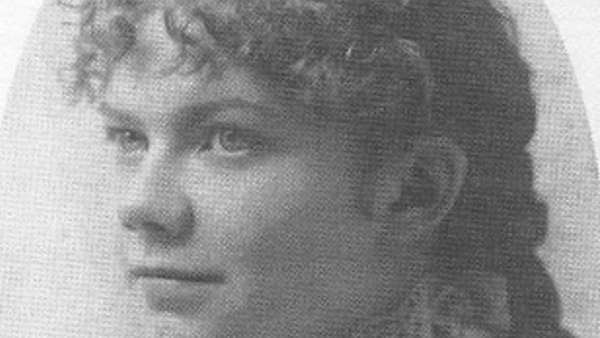 The woman who wrote the Gaelic Symphony - The Lyric Feature