Director Tom Creed writes for Culture about his new Irish National Opera production of Jacques Offenbach's The Tales Of Hoffmann, which begins a nationwide tour at the O’Reilly Theatre, Dublin on September 14th.

Offenbach was a theatre man. From the 1850s to the 1870s he staged over 100 operettas in Paris and was acknowledged as a master of the form. He owned theatres and had many huge hits, but the theatres sometimes burned down, and he had his share of dismal failures, after which he’d pick himself up, put the hits back on stage to fill the coffers, and get on with his next project. At the same time he longed to be taken seriously as an opera composer, though when the opportunity arose to have The Tales of Hoffmann produced by the Opéra-Comique he sadly never lived to see it staged, dying four months before the premiere.

It’s striking that Offenbach chose to feature an artist as the main character of his last work, and he clearly had strong affinities with his vision of E. T. A. Hoffmann, and his love of wine, women and song. Writing at the end of the 19th century Offenbach had witnessed the great transformations of the Industrial Revolution, where human life had been changed utterly by technology. Philosophers like Schopenhauer and Nietzsche were imagining the individual in radical new ways against the backdrop of a changing world. The concept of the "uncanny", soon to be expanded on by Freud, was increasingly deployed to described the sense of strangeness and alienation as a result of discovering familiar things in strange contexts, or the opposite.

For our new Irish National Opera production, we have tried to find contemporary reference points to unlock the events and ideas in Offenbach’s "opéra fantastique" for today. The laboratory of the inventor Spalanzani becomes a product launch at a tech start-up where his dazzling new invention, the humanoid robot Olympia, is being unveiled to the world. The sick and dying Antonia is locked away in a strange and alienating hospital, where her terrified father tries to protect her from a mysterious illness and a charismatic quack doctor with a suitcase of very alternative remedies. And the courtesan Giulietta is reimagined as a performance artist, with the Venice Biennale taking on the role of a very contemporary version of Carnival. By combining the shock of the modern with a great historical work of art we try to seek out new connections and to create an experience for audiences which is timeless but also strange and new.

That Offenbach never signed off on a finished version of the opera means that nobody can be sure of his true intentions, and there have been many attempts to get to the bottom of this question over the century or so since the premiere in 1881. The original director cut the entire Giulietta act, as well as much of the opening and closing scenes, scattering the best tunes throughout the other acts, and the orchestral parts were lost when the Opéra-Comique was destroyed by fire a few years later. Extra scenes and music were composed by others for various productions over the years, and so what is consided the "traditional version" of the opera is very likely different to what Offenbach had imagined and is certainly not all the creation of the composer.

Almost 100 years later, 1250 pages of the composer’s notes were discovered in a house belonging to his descendants, and a few years after that almost all the draft material for the scenes and music cut at the premiere came to light, as well as the libretto submitted to the French censors before the first performance, meaning that there was now an opportunity to get closer to Offenbach’s conception.

For this production we have chosen to include material from the most recent edition by Michael Kaye and Jean-Christophe Keck, notably the restored highly theatrical finale to the Giulietta act, and a final encounter between Hoffmann and Stella. Authenticity is one thing, but what I hope will come across in performance is the strong dramatic quality and theatrical flair of Offenbach’s original intentions, reinforcing the idea of him as a great artist of the stage.

The Tales Of Hoffmann is at the O'Reilly Theatre, Belvedere, from 14-15 Sept before heading out on a nationwide tour that runs through October - more details here. 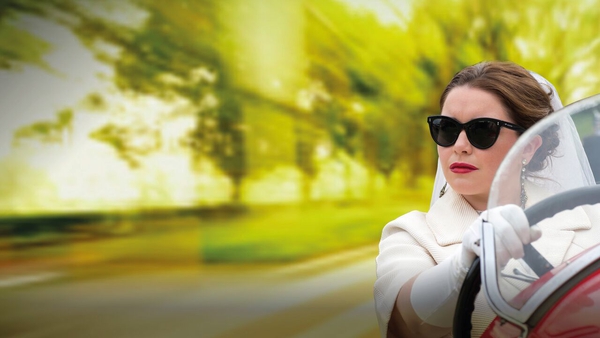