In other words, you won't find any Quiet Men or My Left Feet on this list; instead, these are the movies that we think have had the biggest impact, both nationally and internationally, in defining 21st century Ireland on the silver screen.

Martin McDonagh's feature-length directorial debut from 2008 remains one of the darkest and most hilarious Irish comedies ever – largely thanks to a brilliant script and perfectly-pitched performances from Colin Farrell and Brendan Gleeson.

It took until 2011 for a filmmaker to take on the Gardai with sufficient humour and audacity; John Michael McDonagh's comedy romp brilliantly balanced both, starring a brilliant Brendan Gleeson as the titular lawman (receiving a well-deserved Golden Globe nomination for his troubles). Gleeson and McDonagh reunited once again in 2014 for the acclaimed Calvary.

Not only was the second Oscar-nominated feature from Kilkenny's Cartoon Saloon animation studio visually spectacular, but the storyline – about a 10-year-old boy who discovers that his sister is a mythical selkie/sea creature – fizzed and sparkled with a magic that appealed to kids and adults alike.

It has since been adapted for the stage, becoming a Tony winner in the process – but John Carney's romantic musical was the most unlikely success story in Irish film in recent memory. Made on a budget of just €112,000, it made stars of lead actors Glen Hansard and Marketa Irglova, who also composed the score, and won the Best Song Oscar for their troubles.

Tackling a subject like the 1981 hunger strike is delicate territory, to say the least – but Steve McQueen's portrayal of the events leading up to the the tragedy was handled with dignity and sensitivity. Michael Fassbender excelled as Bobby Sands in one of his first major film roles.

Nick Hornby's adaptation of Colm Toibin's wonderful novel about Eilis Lacey – a Wexford emigree to the bright lights of New York in the 1950s – could have been horribly mawkish and cliched in the wrong hands. Thanks to John Crowley's steady direction and Saoirse Ronan's star turn, it was a beautifully-told love story and a big box-office hit.

John Carney struck gold for a second time with this 2016 musical comedy-drama about a young boy who starts a band with his misfit friends in order to get the girl in 1980s Dublin. On paper, it may sound like little more than a reworking of an old trope – but it had charm, wit and catchy tunes by the bucketload.

Ken Loach's brilliant film, set during the War of Independence and the Irish Civil War, followed two Cork brothers (Cillian Murphy and Padraic Delaney) in their quest for Irish liberation as they joined the Irish Republican Army. It won the Palme D'Or at Cannes, and the ending made a lot of people cry.

Another jewel from Lenny Abrahamson, the Dublin director's 2015 adaptation of Emma Donoghue's novel about a young mother and her child's existence as prisoners in the cramped 'room' nailed the tension and raw emotion of the source material. It was quite rightly nominated for Best Picture and Best Director at the 88th Academy Awards, winning the Best Actress Oscar for Bree Larson.

Another one not to be watched if you're feeling emotionally fragile, this Jim Sheridan-directed film depicted an Irish family attempting to start a new life in New York after the death of one of their children. Lump-in-throat moments were provided courtesy of superb performances from Paddy Considine, Samantha Morton and Sarah Bolger.

Okay, so it was directed by a Scotsman (Peter Mullan) and filmed entirely in Scotland, but there's no getting away from the fact that this heartbreaking drama is an Irish story through-and-through. Following the stories of four young women forced into the Magdalene Laundries in the 1960s, it proved a harrowing but seriously affecting watch.

Political dramas are a tricky subject to balance in film, but this Paul Greengrass-written-and-directed drama gave a powerful account of one of the darkest days in Irish history - the Bloody Sunday massacre in Derry in 1972. Driven by a career-best performance by James Nesbitt, the film was originally made for TV, but won a cinema release worldwide.

Jon Wright's creature feature ably represented the new wave of Irish horror films that have begun to break through in recent years. A monster film set in a quiet Irish community, its occupants realise they have the perfect lifesaving tool at their disposal – i.e. booze. It had wry laughs in spades, as well as some genuinely scary set pieces.

From mammies to daughters to wives, Ken Wardrop's gorgeous documentary featured seventy Irish women discussing the men in their lives, with a narrative unfolding across 80 minutes that reveals humour in mundanity and heart-gripping tenderness where you least expect it. Have tissues close at hand.

Even if you have no interest in space, Emer Reynolds's superb 2017 documentary about the remarkable journey taken by Voyager – the first space probe to leave our solar system and enter deep space in 1977 – will take your breath away.

Moe Dunford's turn as Patrick, a twentysomething schizophrenic patient who goes missing in the midst of the St. Patrick's Day fanfare in Dublin, was revelatory in writer-director Terry McMahon's 2014 film. Hailed for its qualities as both a terse drama and a damning indictment on Irish society, it won three IFTAs.

Who was Joe Heaney? If you're curious about one of Ireland's most enigmatic sean-nos singers – and the sacrifices he made for his art – Pat Collins' unflinching and unconventional biopic about the celebrated Connemara man will inspire, puzzle and impress in equal measure.

We've seen plenty of coming-of-age films in Irish cinema, but John Butler's comedy-drama put a new spin on the genre. Awkward teenager Ned Roche (an impressive Fionn O'Shea) finds himself cast adrift as a student at a rugby-centric boarding school – until he unexpectedly develops a bond with his roommate, the team's star player.

The film that kick-started the celebrated TV series of the same name, Peter Foott's 2016 comedy introduced us to lovable teenage chancers Conor and Jock, who take any and every opportunity to get into trouble – including stealing a bale of cocaine that goes missing when a drug trafficking boat capsizes off the coast of their native Cork. It had one-line zingers by the dozen, but also real heart at its core. 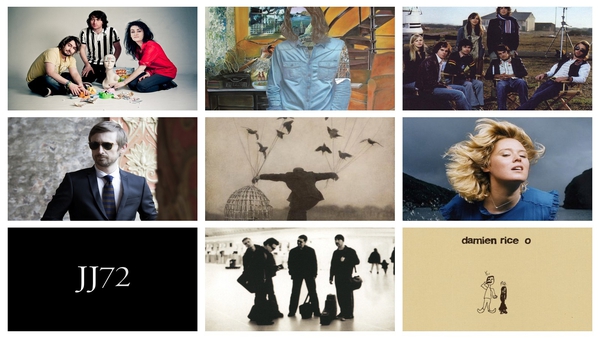