Hats off to the brilliant team at Fleadh TV on TG4, who delivered four amazing nights of live highlights from this year's Fleadh Ceoil, in Drogheda - the sheer volume of talent on display was staggering.

We've selected a few of the highlights from the Fleadh TV broadcast - watch more here.

Husband and wife duo Zoë Conway + John McIntyre brought the magic over the weekend with the RTÉ Concert Orchestra - here they are with Gillespie's Mazurka / The Bakers Reel / The Calgary Polka.

Fleadh TV host Ruth Smith, a fine musician in her own right, performed with her folk trio The Evertides, alongside Alma Kelliher and Ruth McGill.

A living legend, at the height of his powers: Chieftain Matt Molloy, accompanied by guitarist Shane McGowan, plays The Spider’s Web, The Boys of the Town & The Leg of the Duck.

And who says the Fleadh can't mix it up? Enter the mighty Aslan...

Finally, De Dannan stalwart Frankie Gavin brought the magic with his new project, the Roaring 20s Irish Orchestra, and a rousing rendition of The Contrary Reel.

Catch up with the four nights of Fleadh TV here, via the TG4 Player. 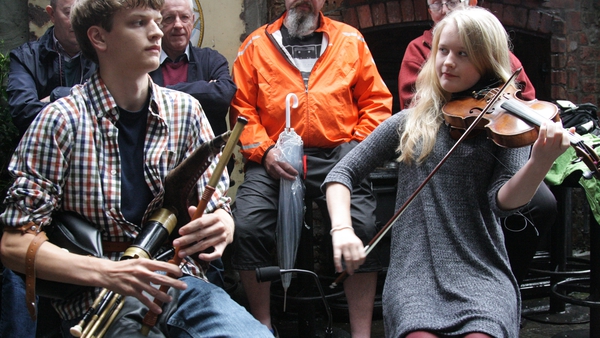