To celebrate this week's Fleadh Ceoil, Kathryn Thomas was joined in studio for a few tunes with Ruth Smith and Doireann Glackin, who will be presenting FleadhTV on TG4 from this Thursday August 16 to Saturday 19th August.

Fleadh Cheoil na hÉireann is the biggest traditional Irish music festival and celebration of trad music in the world with up to 400,000 visitors, 10,000 musicians and 6,000 competitors taking part.

About to start rehearsal, Bill Whelan chatting to oboist David Agnew, one of those who were in the @rte_co to play the original Riverdance at the 1994 Eurovision! Playing it again tomorrow @fleadhcheoil and Friday @NCH_Music. pic.twitter.com/cy0VvsHCF5

As part of Fleadh Cheoil na hÉireann 2018, RTÉ will broadcast from this year’s festival in Drogheda from Thursday August 16th. The RTÉ Concert Orchestra will be in town with trad duo Zoë Conway & John Mc Intyre and special guests Bill Whelan, Mick O’Brien & Dónal Lunny for a very special concert at The Dome, Drogheda on Thursday 16 August.

RTÉ Raidió na Gaeltachta will kick off broadcasting live from their roadcaster, an Ródaí, on Fair Street from Thursday 16th with Áine Hensey while on RTÉ Radio 1 on Friday 17th The John Creedon Show will broadcast from the campsite at St. Fechins GAA club with live music guests from 8PM.

On Saturday, August 18th, from 9PM Céilí House on RTÉ Radio 1 is live from the Gig-Rig at the Fleadh. Kieran Hanrahan will host a night of music, song and chat from the All Ireland winning Co. Louth Táin Céilí Band and some of the newly crowned 2018 All Ireland champions.

RTÉ Raidió na Gaeltachta will be bringing listeners a taste of some of the great music to be heard in Drogheda on Thursday, Friday and Saturday:.Áine Hensey will present the best of live traditional music from the Ródaí, the RnaG Roadcaster, from 2PM through to 4PM on Thursday and Friday, with top class traditional musicians stopping by.

On Saturday 18th, at 2PM Neansaí Ní Choisdealbha will take up the reins for the programme Rabharta Ceoil ón bhFleadh, featuring live music, dance and interviews.

RTÉ RnaG will also broadcast Mass live from the Fleadh on Sunday at 11AM.

Find out more about this year's Fleadh Ceoil programme here. 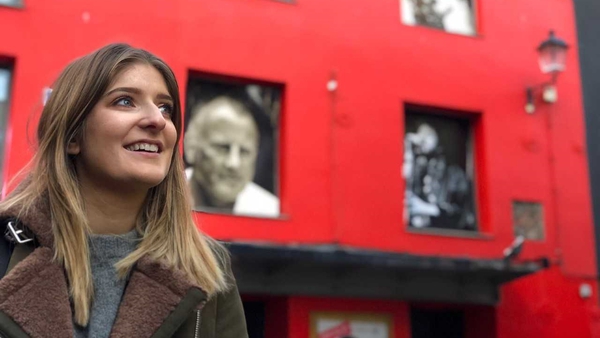