The programme for the 2018 Dublin Theatre Festival (which runs 27 September - 14 October) has been announced, led by a pair of timely productions from the US, alongside work from Australia, Belgium, Poland, Netherlands and the UK, as well as the cream of Irish theatre makers.

Irish theatre companies are front and centre in the programme, with new work from heavy-hitters like Druid (Shakespeare’s Richard III), Rough Magic (a new version of Joyce's Portrait Of The Artist As A Young Man), Fishamble (Deirdre Kinehan's Rathmines Road), Corn Exchange (an adaptation of the classic Marilyn Monroe movie The Misfits), Pan Pan (ELIZA’S Adventures in the Uncanny Valley, and a new work from Gina Moxley, The Patient Gloria), Junk Ensemble (The Bystander), Collapsing Horse (Dance Plague), Decadent Theatre (a revival of Marina Carr's The Mai) and ANU (The Lost O'Casey, produced in association with the Abbey).

Elsewhere, Enda Walsh directs Bartók’s Bluebeard’s Castle for Irish National Opera, with acclaimed mezzo-soprano Paula Murrihy returning home for a rare Irish performance, actor Brendan Coyle returns to the Irish stage for the first time in 15 years (and since Downton Abbey made him a household name) for a revival of Conor McPherson's play Port Authority, produced by Donmar Warehouse, while a special Gala Night event will celebrate the 'extraordinary contribution' made to the world of theatre by Cillian Murphy.

There are a pair of productions from Poland – previous DTF visitors TR Warszawa return with Fantasia, while Turkowski / Nowacka present Klosterhof, plus a quartet of works from the UK: Nassim, St Nicholas, Grass, Night Light, The End of Eddy. A few seasons ago, Obie-award winners Elevator Repair Service took DTF by storm with Gatz, their epic take on The Great Gatsby - now they return with a new play, Everyone’s Fine with Virginia Woolf, alongside cutting-edge US company 600 HIGHWAYMEN with The Fever, their response to the current polarised social and political climate stateside.

In one of the most intriguing theatrical propositions, Home Theatre sees 30 'hosts' paired with 30 leading theatre makers for 30 new plays to be performed in houses across Dublin 15, with a selection presented in Draíocht, Blanchardstown, while The Ark will present a selection of new work for children.

These shows join the already announced production of Hamlet at The Gate Theatre starring Ruth Negga, already one of the hottest Dublin theatre tickets in recent years. 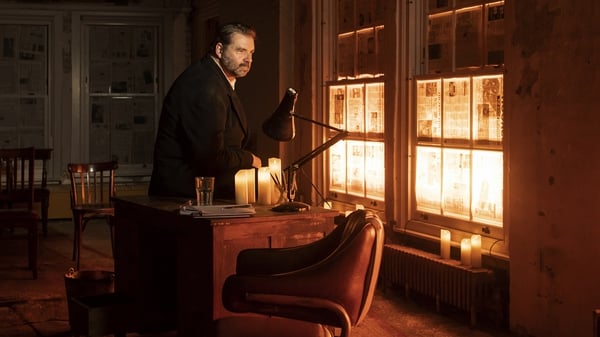