Songs can be inspired by any number of things, love, loss or a cult American television series!  Sean Rocks spoke to Saint Sister on Arena about gearing up for the Body & Soul festival in Ballinlough this week, and their new song, Twin Peaks.

One half of the duo, Morgan, spoke about the song’s genesis.

"The song was born out of a very instinctive reaction towards a friend of mine who was going through a pretty tough time and it was basically me trying to tell them all the things that we could do together so that we could ignore the problem… It’s just full of blissful things but really steeped in denial and kind of, let’s close the curtains, we don’t need to think about that problem, we’ll deal with it tomorrow, so not necessarily great advice!… I just love Twin Peaks and the song was written in anticipation of the third series coming out again."

Partner-in-crime Gemma hadn’t watched any of the series until after they wrote the song but that worked out well with the pair’s writing style.  She said,

"We write every song together but we come at them from different angles. I would tend to work on the arrangement and production the kind of musical side of things and Morgan will come at it from the lyrics, the melody and then we’ll tend to bring those things together at various points in the song."

Their debut album is a long time in the making as they were busy touring and writing for the past few years.  It’s called ‘Shape of Silence’ and reflects the evocative, intimate moods of the tracks. Morgan said,

"We try and experiment a lot with space. There’s a lot of space within our music. We don’t just kind of cram everything into it and the idea of silence and what can be said or felt in the gaps is really interesting to us… It just made sense to think of silence as a thing you could touch and hold and I guess in this political climate, silence is very powerful and it’s very dangerous and it’s very heavy and that’s kind of what we wanted to explore." 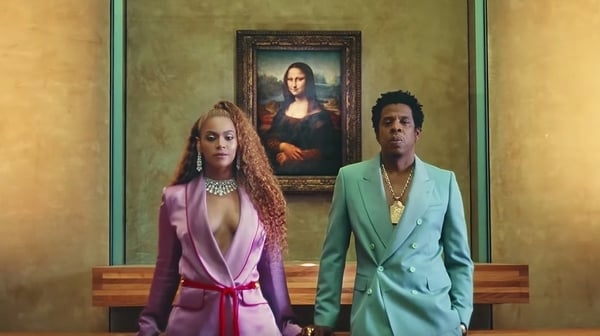