The death of author Philip Roth was announced last week and to commemorate him, Sean Rocks was joined on Arena by Dr Michael Hinds to talk about his life and legacy.

Roth wrote over 25 novels, which have come to form an important part of the American literary canon, but Sean was curious about the impact of Portnoy’s Complaint, the 1969 novel that brought Roth to the attention of the nation.  He asked why it struck such a chord.

"Because of its frankness and its preparedness to talk about things that simply hadn’t been talked about before… The important thing to remember about Portnoy’s Complaint at the same time is that it is written as a joke.  The issue with it was that it was constructed as  joke, it was written as a joke, the last sentence of the novel is prefaced in caps with the phrase ‘THE PUNCHLINE’… and maybe it’s not that astonishing given how radical the book was in its exploration of taboos that in fact it wasn’t met as a joke by everybody."

One criticism of the book was that it showed American Jews in an unflattering light. His own Jewish heritage left Roth feeling like something of an outsider and this was something that heavily influenced his work.

"We might say it’s a kind of double outsiderdom. There was that desire to prove himself by his education, to kind of access big cities or whatever. You could almost say that, going back to Portnoy’s Complaint that he also realised in a way that depravity and writing about depravity and writing about sexuality in a particular way was a way of getting the attention of people elsewhere but also he felt a kind of also an imposition from his Jewishness, a kind of sense of responsibility that to a certain extent he kind of railed against, the responsibility to be a good son, to you know, go into a good profession, to kind of make something of himself."

Portroy’s Complaint brought Roth fame but also established himself as a particular type of writer.

"He quickly became very self-conscious that this book had corralled him into certain kind of place as a writer of dirty books, whether he liked it or not. To a certain degree, I think he actually tried to write against that. Sex was his abiding theme." 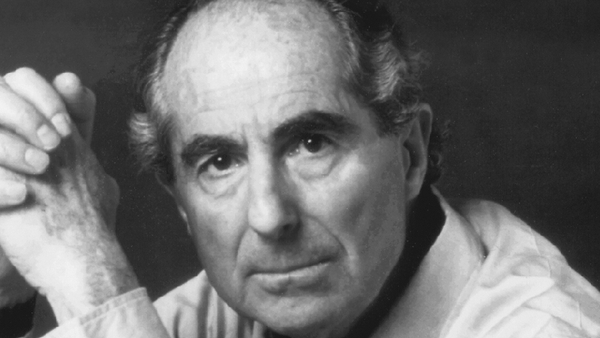