"I felt not only a gooseberry but just in the way myself, it was just so awful!"  He was joined by Saoirse herself who filled listeners in on the plot and what made the scenes so spectacularly cringe-worthy. The film is based on Ian McEwan’s novel of the same name.

"It’s set in the early 60’s…  We start off with this young couple Edward and Florence who’ve just gotten married.  They’re completely in love with each other, totally dedicated to each other…  Everything else up until that point has been a complete success and then it comes to the wedding night and with that comes expectation and pressure and strain is put on their relationship because they both have quite a different relationship with sex."

Flashbacks to the night itself involve "the most awkward screen kiss I think I’ve ever seen" proclaimed Ryan, but Saoirse says she actually managed to block that part out of her memory!  The film reveals why Saoirse’s character Florence has developed an aversion to sex, not helped by the dictates of the time that meant the couple had no real emotional resources to talk through their issues.

Great chat with the effervescent Saoirse Ronan who stopped by to share tales of filming 'On Chesil Beach' and much more! @RTERadio1 pic.twitter.com/PjKMFMXGPa

"They have this massive argument and it takes them out onto the beach and we watch this couple kind of come to a fork in the road… Doing the sex scenes on the bed, we did those over like a week or something. It was like, over and over because it’s so long because there’s the bit beforehand where we’re having dinner and you know, neither of us know what to say and both of us are just thinking of that next step and what we have to do next and what’s expected of us - and of course he’s very, very excited about it and she’s dreading it but they don’t talk about it."

Saoirse said the experience of shooting the scenes was as awkward as watching them.

"I have found whenever I’ve done films, if I’ve done a film about somebody who gets murdered and goes to heaven, it’s still like a really fun atmosphere… but with this, those scenes had to become so technical and each move had to be discussed beforehand, because it’s so awkward and we needed to make it as awkward as possible. We achieved it and it felt that way, even when we were making it!"

On Chesil Beach is out in cinemas May 25th. Click here to listen to The Ryan Tubridy Show. 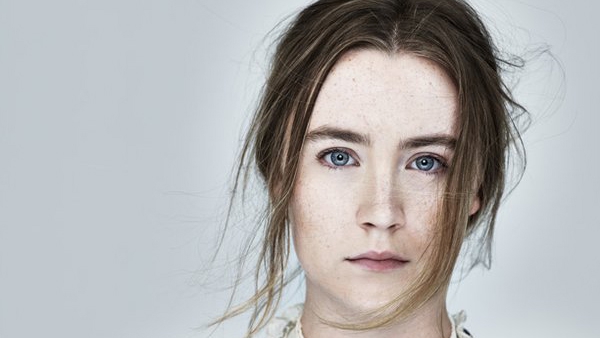