Years ago, I interviewed J Mascis from Dinosaur Jr. It was the early 1990s and the band were at the peak of their popularity. The interview was for the Rollercoaster festival programme, an event which also featured My Bloody Valentine, the Jesus and Mary Chain, and Blur playing at the Brixton Academy in London.

Thanks to J’s mumbles and canny ability to drop the phone and cut the call every couple of questions, the interview kind of meandered around the houses. To be honest, they’re always the best interviews. I asked him at one stage what he’d been up to lately and he mumbled that he was just back from Amsterdam. He went there to see Frank Sinatra. Have to see Frank before he croaks, he said. Got to see them all, he noted, the Stones too.

That was 1992. Frank’s wild years didn’t make it into a new century, but the Stones are still going strong all these years on. There will be many people ticking a box like J when the Stones arrive into Dublin this week for a show at Croke Park. Have to see the Stones before they croak…

Hands up, I’ll be one of them. I’ve never seen them live and, like J’s safari list, this is as good a chance as any to put that to rights.

Yes, the band who will be making out like bandits from their short trip to Dublin on this occasion are a far cry from the 1960s and 1970s’ varieties, the decades which provided the band’s legend with its choice anecdotes. That was then. There were many versions in the years since, but none have quite captured the imagination in the same way as the ones who strode stages and set out social revolutions in those halycon years.

Indeed, the fact that there are still tickets on sale for this show with less than 72 hours to go says a lot about the current appeal or lack of appeal of Mick Jagger’s gang. Many factors have been cited for this: the venue (a factor I’ve heard mentioned several times in the last week – many now reckon Croker is more suitable for Gaelic games than gigs), the ticket price, the competition for disposable income from other sources. All of this means that the Stones in 2018 are not an essential ticket. Then again, this show has been one of several in the current season which has failed to fire up the public imagination – did someone say "Taylor Swift"?

And yet, thousands of us will head to GAA HQ and spend the night together. We’ll watch Jagger do the funky chicken. We’ll eye Keith Richards and marvel at his ability to stay standing given what he’s consumed in his lifetime. We’ll wonder what’s going through Charlie Watts’ head as he keeps time for the umpteenth time. We’ll salute Ron Wood because he’s Ron Wood and you have to chuckle at Ron Wood.

Most of all, we’ll dig those tunes, the ones which are the stuff of what the Stones are still all about. Tunes which remind you that these geezers were once the ones who moved things forward, who took the blues and added another wrinkle to the fabric, who were wild when the default was to be mild, who truly thrilled.

Of course, it’s a different matter now. Rock’n’roll doesn’t get to have that sort of fecklessness any more. It’s safe and sanitised and the parts which we think are unfettered and free are usually scripted to the nth degree. Rock is now a sound which has lost all its edges and sticky-out bits and you’re rarely surprised by what you hear anymore. Indeed, chances are you’re usually appalled by the sheer conservative nature of what it does when you do bother to engage.

The Stones won’t change that state of affairs, but they offer a link to those days when rock actually mattered because of its counter-cultural rattle. Sure, it’s nostalgia, which is one of the most unforgivable musical sins of all. Sure, it’s indulgent and predictable. Sure, the lads will be going through the motions onstage.

But we’ll go anyway. We’ll walk down Clonliffe Avenue and stroll into the stadium. We’ll do this not because we think it may be the last time or we reckon the lads onstage will be able to tap into the ley lines back to their original majesty. No, we don’t engage in that sort of magical thinking.

Instead, we’ll be there because it’s the Stones in Croker on a May night and we’re still suckers for the possibility of what that entails. Yeah, we want the band to shake their feathers and soar, but we’ll settle for some lovely moments which remind us what it was once all about. 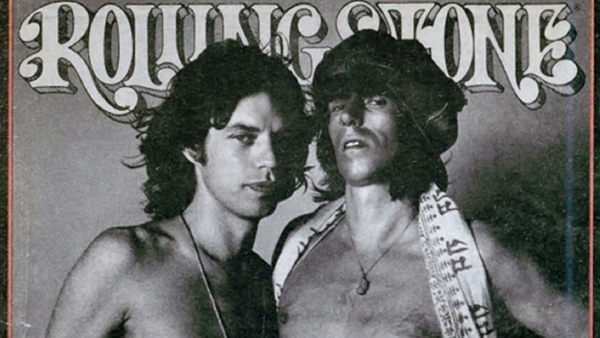 The Rattler: Jim Carroll on Rolling Stone's rise and fall