Ken O’Sullivan writes for Culture about his remarkable new documentary series, Ireland's Deep Atlantic, which begins on RTÉ One on April 22nd.

Throughout folklore I’ve found recurring references to mythical islands in the open Atlantic, usually lush with life and always somehow beyond the reaches of discovery. Hanging on my office wall is a 16th century map of Europe by Abraham Ortelius, creator of the first atlas of the world. His map shows several islands to the south west of Ireland, one titled St. Brendain. Whether Brendan the navigator ever made it to North America we’ll never know, but he and his hardy colleagues did make some brave and incredibly skilled sea journeys in their 6th century cow skin boat encountering enormous whales, unspecified sea monsters and likely some serious Atlantic storms. I’ve always been struck by that spirit of exploration. 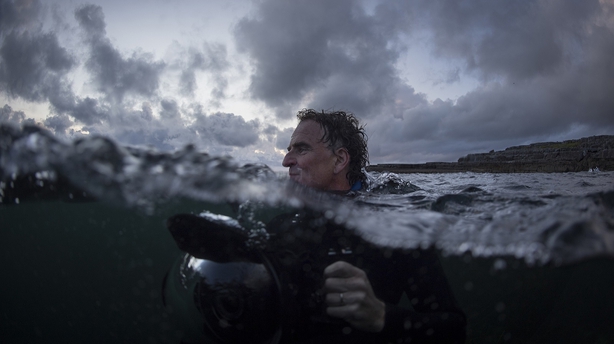 After 12 or 13 years filming in the shallow coastal seas around Ireland, I found myself looking further and further out into the North Atlantic. In search of what? Well by comparison to coastal seas, the open ocean is relatively barren, nutrients being washed off the land don’t reach this far and the water is too deep for storms to churn up sea floor nutrients. So with no obvious fertility, there is little for life to survive on, or so it seems. But life on our planet somehow endures. Open water fish, sharks, turtles, sea birds and most of all large whales, manage to make some impressive sea journeys, passing through our offshore waters, mostly as a means to feed and breed. And then about 100 kilometres to the west of Ireland, there’s a special place, the edge of the European continental shelf, here the sea bed dramatically falls off from 200 metres down to 5,000 metres deep, and it’s this change to the sea bed that creates an explosion of life. Plankton blooms, enormous shoals of fish, sharks, right up to sperm and blue whales, respectively the largest predator and animal ever to have graced planet Earth are to be found here in the surface waters. Thousands of metres below them, deep ocean squid, octopus, a myriad of crustacean species and literally hundreds of thousands of species of animals and plants inhabit the ocean floor, many of them centred along cold water coral reefs.

Ireland's Deep Atlantic's Ken O'Sullivan on why dolphins aren't really smiling at us and why he has very little time for whale watching tourism #latelate pic.twitter.com/jjvwMzuW3Y

I began researching the idea for Ireland's Deep Atlantic in 2011 with my first trip to the shelf edge on a small angling charter boat. I wasn’t in any way sure what we might encounter, just that it felt like real exploration, and based on the explorer’s oft naïve ideal that there is something great at the end of your journey.

Filming underwater is at the masochistic end of camerawork, at least in the North Atlantic, but filming lobsters and seals in 20 metres of water, now seems just easy, compared to trying to find and film a blue whale mid-Atlantic, where there may be five or even no animals in an area of 10,000 square Km. And then they can swim at 15-20 Km per hour, 10 times what I can make pushing my enormous camera. 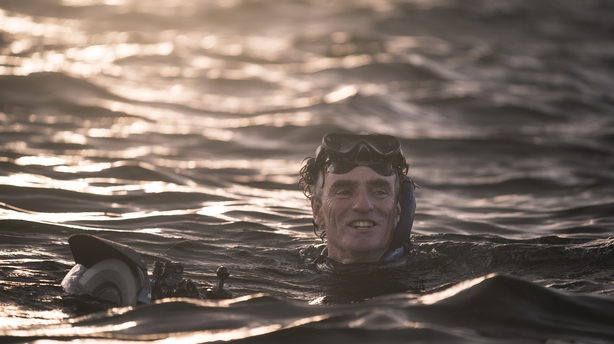 Even the most technical scuba diver can only dive to a paltry 100 metres depth, so how would we get a camera down to 3,000 metres? Well, we got lots of help from lots of good people, many of them at the cutting edge of ocean exploration. By braving the open Atlantic again and again, in ships, sail boats and an open RIB boat, we slowly but eventually encountered some amazing sea life. An enormous group of basking sharks behaving in a way never before documented globally, blue fin tuna feeding alongside dolphins and enormous migrating whales, while in the deep ocean, research scientists brought us and our cameras 3,000 metres down to the sea bed where we documented coral reefs every bit as beautiful and rich in surrounding life as their tropical relatives, all in Ireland. And much more. Irish national research vessel, Celtic Explorer with its ROV submersible in the water.

But the thing we did most of all, was wait. Week after week, month after month, I’ve gone from patient to tormented to demented, watching the ocean and weather charts and booking and cancelling and waiting again for suitable weather. Keeping all of our equipment prepared and a crew on standby is no easy feat, not to mention sailing boats, spotter planes and family life. As I write we are still waiting for more weather to make the last voyage. Or two. I imagine St. Brendan did what he did in the belief or pursuit of his spirituality, which no doubt bravened him and his crew. For me as a film maker, and some of the amazing people I’ve been lucky to work with, our ideal is simply to document and create awareness of our incredibly rich oceanic world in Ireland and all around the North Atlantic.

Ireland’s Deep Atlantic begins on Sunday, 22nd April at 9.30pm on RTÉ One. 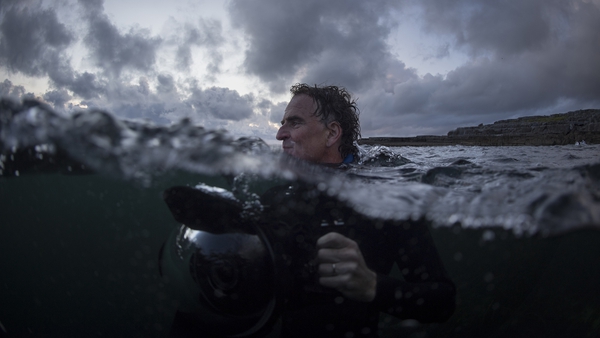 Dive into RTÉ's Our Wild Island with 'Ireland's Deep Atlantic'