Aurora marks my first foray into directing for Virtual Reality. It’s been a thrilling process, and something I’ve been dying to try my hand at since I founded Pink Kong Studios with Niamh Herrity in 2014. It’s not only a first for our company, but its Ireland’s first original animated film made for Virtual Reality! It’s a very exciting and proud moment for our studio.

Immersive storytelling and VR in particular is something that the whole team have been itching to sink our teeth into, and Aurora has afforded us that opportunity. Our studio motto is 'We bring stories to life' - that takes on a whole new meaning when you can actually stand a viewer inside a world completely of your own design. It’s quite amazing that you can don a headset, and suddenly be transported to a whole other world.

I wouldn’t simply be directing the content as I had in the past - I now had to direct the audience too.

Aurora gives the audience a space to experience and reflect on the passing nature of time through a time-lapse style narrative journey of day to night, spring to winter and life to death. The film is set in a beautiful forest clearing, and follows the lives of a young family and all who inhabit the vividly coloured landscape.

It immerses the audience in powerful visuals and sounds of nature, creating an emotional story filled with fleeting moments of character interaction. Time can be profound and precious, and we really wanted the audience to take a moment and appreciate that.

The concept for the film came from our participation in the Immersive Story Hackathon with ADIFF, Screen Training Ireland and Audi last September. The event took place over a weekend and featured an amazing line-up of world class speakers and VR pioneers that really got us excited about the medium. Stefan Grambart was particularly inspiring to me; like myself, he comes from a traditional animation background and went on to win the first ever Emmy for VR with his Sleepy Hollow: VR Experience. The following day, Niamh Herrity, Denis James Ryan and I successfully pitched our concept based on ADIFF’s suggested theme, The 25th Hour. We had some stiff competition from the other teams involved and were delighted to be awarded the bursary which allowed us to get cracking on the film.

The experience working on our first VR film has been amazing, it’s also been a massive learning curve in storytelling. I realised as a director, I wouldn’t simply be directing the content as I had in TV series or films in the past, I now had to direct the audience too. VR filmmaking is something different, the audience has control of the viewfinder, they can look where they want and it’s my job to draw them in with action, sound and staging. We needed to create a whole new VR story pipeline in the studio to account for the unique nature of the medium. It can be challenging to storyboard for a film when your audience has the ability to look 360 degrees and move around the set.

Aurora has been one of the most rewarding projects I’ve ever worked on, and there is definitely more VR in Pink Kong’s future. 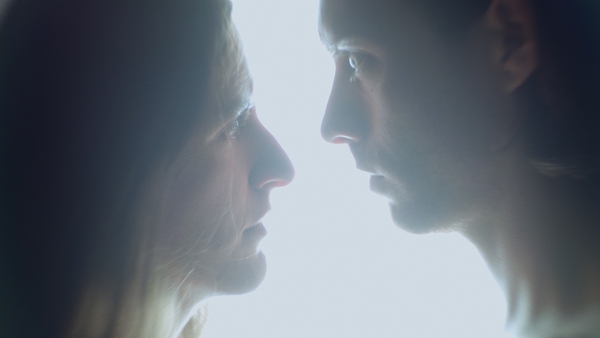