Elton John and Paul Simon are just two of the legendary artists joining a long list of musicians on their ‘last waltz’ - but does a farewell tour really mean farewell? Marian Finucane was joined by conductor and broadcaster David Brophy to discuss.

David says that Elton John first started his farewell tour back in 1977 but feels that this one may actually be the real end. Elton has announced that he will perform 300 different dates over the next three years and Brophy reckons if you’ve grown up listening to his music, his fans will appreciate the nostalgia and the wisdom in his lyrics and will go to great lengths to purchase a ticket to his ‘final’ farewell tour.

"If you’re a certain age and you’ve grown up with Elton John’s music for decades on end, there’s a huge amount of nostalgia and if you think it’ll be one of the last time your heroes will be on stage, you will go to great extremes to go and buy the tickets."

When Marian asked if Paul Simon’s reputation of being a grouch was true, the conductor defended the musician by saying all musicians can come across as cantankerous as they were all growing up in a world and a time where they wrote songs in protest of what scandal was going on in society and portraying all that through music is frustrating as it is. However, Brophy admitted that they seem to mellow out as they get older after getting all of that out of their systems.

As we all know we can now quite easily access music on demand through mediums such as Spotify and YouTube. David told Marian that this is having a huge fundamental effect on the music industry, as the sales of CDs have plummeted over the years meaning artists only make their profits from performing live.

"You can get so much music online for free… the only way they make a living is through live events."

Without a shadow of a doubt, being on tour for long periods of time can be highly demanding and David said he believes most performers can feel conflicted, between spending time with their loved ones while also wanting your last fix of the performing drug.

"They want the best of both worlds. They actually want to be with their loved ones as much as possible but they also want to be on the road. After all, if you’ve done this for fifty years… it becomes a part of who you are."

For more from The Marian Finucane Show, click here. 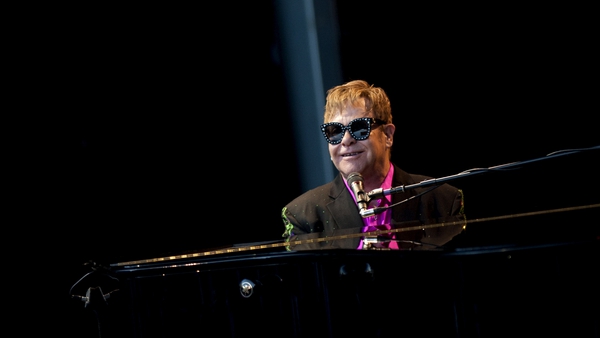