Award-winning novelist Sebastian Barry has been named the new Laureate for Irish Fiction. His three year term begins this month.

One of Ireland's most celebrated writers, since publishing his first novel Mackers Garden in 1982, Barry has been acclaimed as novelist, ppoet and playwright. He has twice been shortlisted for the Man Booker Prize, for his novels A Long Long Way (2005) and The Secret Scripture (2008) - the latter of which won the 2008 Costa Book of the Year, the James Tait Black Memorial Prize, and was adapted for the screen by Jim Sheridan. His novel On Canaan's Side was also longlisted for the Booker in 2011. In 2017, he won the Costa Book of the Year prize a second time for Days Without End, becoming the first novelist to win the prize twice.

The announcement was made by President Michael D Higgins earlier today at a ceremony in the Arts Council offices in Dublin. The Laureate for Irish Fiction is an initiative of the Arts Council and is run in partnership with University College Dublin and New York University. The role seeks to acknowledge the contribution of fiction writers to Irish artistic and cultural life by honouring an established Irish writer of fiction. Barry takes over from the inaugural Laureate, Anne Enright.

"Sebastian Barry is a writer of profound humanity and grace," says Chair of the Arts Council, Sheila Pratschke. "Over the past four decades, he has produced a body of work that is testament to his passion for, and commitment to, literature and writing. We very much look forward to how he will shape the role of Laureate and engage with readers and writers over the next three years."

Speaking at today's event, Barry said, "I am delighted by this great honour, all the more delightful for having been decided by such a tremendous team of judges, chaired by Paul Muldoon. And Anne Enright, the first laureate, has set a very high bar. It's a joyous moment, after forty years of work. Mere longevity has given me a clear and wide perspective on the 'fabulous generations' now at work in Ireland. It is no burden to assert, to as many people as possible in as many places as possible, that we live in a golden age of prose writing in Ireland. And I am really happy to be the ambassador of this rather stupendous reality for a few years."

Following his appointment, Sebastian Barry will participate in two inaugural public events - the first will be a public interview with playwright Billy Roche in Gorey Library, Co. Wexford on Tuesday, 13 February, and the second will be a reading in Bridge Street Books in Wicklow on Thursday, 15 February - more details here. 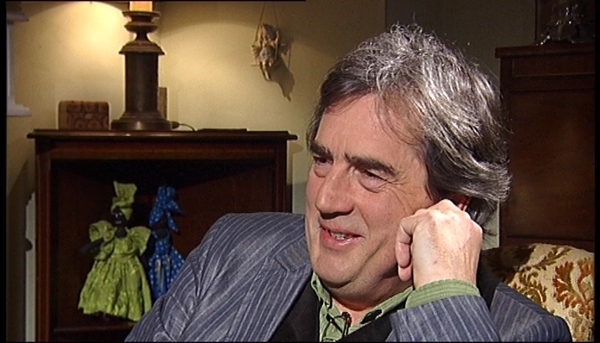