The programme has been announced for this year's New Music Dublin festival at the National Concert Hall, the annual celebration of cutting-edge contemporary music from across the globe.

At precisely 18.03 (sunset) on 1st March 2018, New Music Dublin 2018 will kick off with Crash On The Steps, a free outdoor concert from Crash Ensemble, who will present a brand new composition from award-winning composer Grainne Mulvey, music from Ed Bennett’s Accel and a performance of Terry Riley's memorably titled Loops For Ancient-Giant-Nude-Hairy Warriors Racing Down The Slopes Of Battle. The performance will be live and amplified on the steps of the National Concert Hall.

The festival concludes four days later, with a mass rendition of Louis Andriessen’s Workers Union by Crash Ensemble, along with all musicians left standing. The emphasis, we are promised, will be on playing loud.

MONUMENTAL: CREDO + GOLIATH (March 1st) The Lambeg drums come to the National Concert Hall, as the RTÉ Concert Orchestra perform Deirdre Gribbin’s massive work for percussion and orchestra, Goliath, with soloist Toby Kearney and conducted by Ryan McAdams. They will then be joined by the RTÉ Philharmonic Choir for James MacMillan’s Credo, conducted by the composer himself.

STABAT MATER (March 2nd) James McMillan returns to the podium, leading Chamber Choir Ireland and the Irish Chamber Orchestra in the Irish premiere of his medieval hymn for chorus and orchestra.

THIS IS NOT THIS HEAT (March 3rd) Charles Hayward and Charles Bullen, the two surviving members of legendary art rock band This Heat. perform with Daniel O'Sullivan from Grumbling Fur, as well as Merlin Nova, Frank Byng, Alex Ward and James Sedwards.

THE CONQUEST OF THE USELESS (March 4th) Composer and guitarist David Fennessy will perform the world premiere of his new work with the RTÉ National Symphony Orchestra. Fennessy explores Werner Herzog’s ultimate obsession, made manifest in the making of his film Fitzcarraldo.

Elsewhere, The Studio in the National Concert Hall will host a series of late night gigs throughout the festival, including a live screening of John Ford’s 1935 film The Informer with a new score by Garth Knox. Knox’s work can be heard again when he joins collaborator Caoimhin O’Raghallaigh to play work from their new album All Soundings Are True, and Crash Ensemble will return for a late night double-bill of Gerard Grisey’s Vortex Temporum and Donnacha Dennehy’s Disposable Dissonance. Add to that a concert of commissions by the Fidelio Trio, the Irish premiere of Natural Durations - Stockhausen's last piano piece and the third 'hour' of Klang - as a highly intimate, concentrated-listening "lock in" performance by pianist Simon Smith, a collaboration between the Contempo Quartet with DJ Dave Kerr and New, Music, Go! - a series of events designed to turn young ears onto new sounds, and you've got the makings of a essential weekend.

"I am ridiculously excited to be able to present this diverse, deeply interconnected programme," says New Music Dublin Director John Harris, "which draws upon the massive depth of talent within Irish new music to bring us concerts and events that pay precisely no heed whatsoever to the conventional boundaries that normally surround new and contemporary music. If you have a curious mind and open ears, you’ll find many new, stimulating and intriguing things to feed your brain, heart and soul. This is where the new is happening." 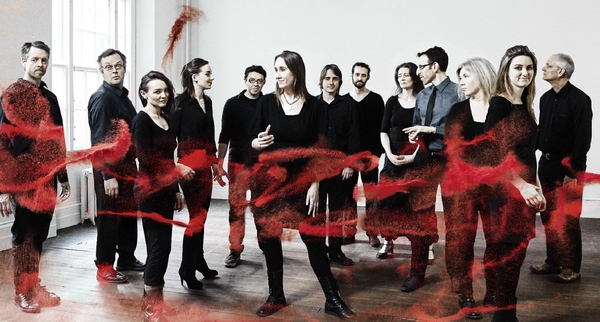