Author and illustrator Oliver Jeffers came on The Ray D’Arcy Show to talk about his new book, Here We Are.

It marks a departure from his previous work – it’s his first non-fiction book. His two-year-old son, Harland, provided the inspiration for the book.

"I wrote this for him in the first two months of his life as I was trying to make sense of it all. Partly for his benefit but as I was going, I realised that it was as much for my benefit as for him."

Describing his intent with the book as "distilling down the essence of humanity into as few words as possible", the illustrations take a front seat. But Jeffers also enjoys experimenting with mixing fonts and punctuating the text with hand-written asides to "create a hierarchy of language".

Ray was curious how Harland has reacted to this "letter" to him in book form and what he makes of his father’s chosen career. Oliver recounted the time he took his family to the renowned literature event, The Hay Festival, where Harland saw the public’s enthusiasm for his father’s work first-hand.

"I was speaking in front of a whole group of people and there was a big sea of kids down at the front and he [Harland] was wondering, ‘Well, why are all these other people watching my Daddy?’. And after that, he started calling me ‘Oliver Jeffers Daddy’ and sort of just looking at me and sort of saying with an inquisitive look on his face, ‘Oliver Jeffers?’."

Listen back to the full interview with Oliver Jeffers on The Ray D’Arcy Show here. 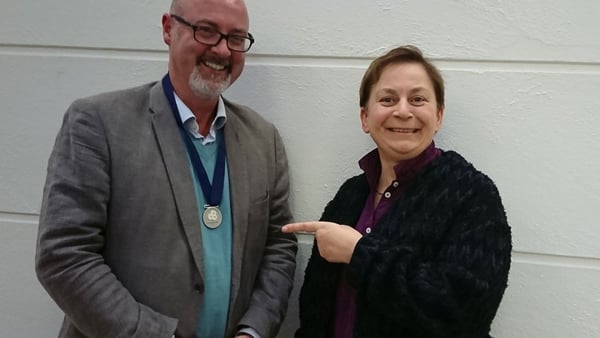 The Laureate na nÓg writes - from the Aras to the ploughing! Books