While it's a sad day as we mourn the passing of filmmaker Simon Fitzmaurice, we also choose to celebrate the life of a talented filmmaker - and a truly inspirational figure.

While Simon authored a remarkable book, It's Not Yet Dark, chronicling his struggle with Motor Neuron Disease, which ultimately claimed his life at the tragically young age of 43, his wife Ruth also penned her own memoir, the acclaimed I Found My Tribe, detailing her own journey.

It's Not Yet Dark later inspired a feature-length documentary, narrated by Colin Farrell.

Even more remarkably, while dealing with the advanced effects of MND, Simon wrote and directed his well-received feature film debut, My Name Is Emily, starring Evanna Lynch, which opened the 2015 Galway Film Fleadh:

Made before his MND diagnosis, Simon's 2007 short film The Sound Of People (featuring a pre-Poldark Aidan Turner in a supporting role) played at Sundance and won accolades at festivals across the globe - it remains a vivid testimony to his talents as a filmmaker:

RTÉ's Morning Edition interviewed Simon and family at home as he prepared to make My Name Is Emily, offering an illuminating insight into the Fitzmaurice's lives, and the daily challenges they faced:

Our sincere condolences go to the Fitzmaurice family, with the assurance that Simon Fitzmaurice's life and work will continue to inspire future generations. 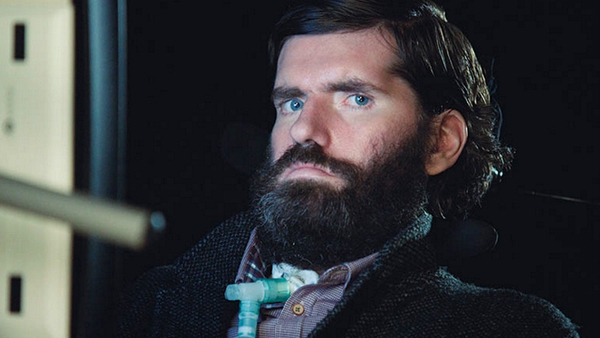