Imagine a large orchestra made up of talented musicians producing a powerful and thrilling sound with all the usual modes of orchestration applied to the music. So far so familiar. But now in amongst the classical musicians insert jazz and traditional musicians, and at the same time, imagine them all wearing whatever clothes they like. And instead of, say, Shostokovich or Gorecki, imagine the music is distinctly Irish, with traditional-sounding patterns of notes and rhythms at its core, but also with jazz and funk elements featured. You’re now in the realm of the Irish Memory Orchestra. Its founder and artistic director, Dave Flynn, describes it as "a world where stuffy dinner jackets, formality and sheet-music are thrown out the window in favour of freedom of expression, improvisation and movement. Yes, movement: with no sheet music in front of them the musicians can move about the stage and among the audience, bringing a surround-sound experience that no cinema could better."

"No sheet music? In an orchestra?" I hear you object. Yes, as well as the prevalence of instruments associated with traditional music – harps, pipes, accordion, tin whistle, Irish flute, bodhrán – and the traditional musicians playing them, a central concept of Flynn's Irish Memory Orchestra is, as suggested in the name, that the musicians perform without sheet music. At one level, this is Flynn's respect for the way traditional music was passed on down the years without notation or scores – its exponents learning it by ear and playing entirely from memory. But there’s another level to it.

The first time I heard his Memory Orchestra (then called the Clare Memory Orchestra) was at a performance in Glór, Ennis in 2013, when my daughter and I travelled from Wicklow especially as some of my favourite young, Irish musicians were involved. Based on my faith in their discerning tastes in music, I decided I had to hear Flynn's new orchestral piece, The Clare Concerto, being performed by 80 musicians of all ages and musical backgrounds. From its opening of bronze-age Celtic horns played in a procession through the auditorium and up to the stage, I was moved by its drama and warmth and joyfulness.

It’s as if someone with a Flann O’Brien-like imagination and sense of humour had taken the baton from Seán Ó Riada in re-imagining Irish music.

But apart from the considerable compositional talents behind the music, there was, as I say, something else going on in creating this atmosphere, something that Flynn was clearly factoring into his vision for this orchestra. One of the benefits of removing the sheet music is that the musicians get to play with a sense of freedom and with an expressiveness that can sometimes be hampered by sheet music. The musicians relish the resulting freedom, enabling them to add individual ornamentation and variations and occasionally to improvise entirely within the orchestral setting. How Irish is that? Putting enjoyment ahead of perfection! And of course the audience senses this and hopefully relaxes and enjoys the music more with this boundary out of the way. 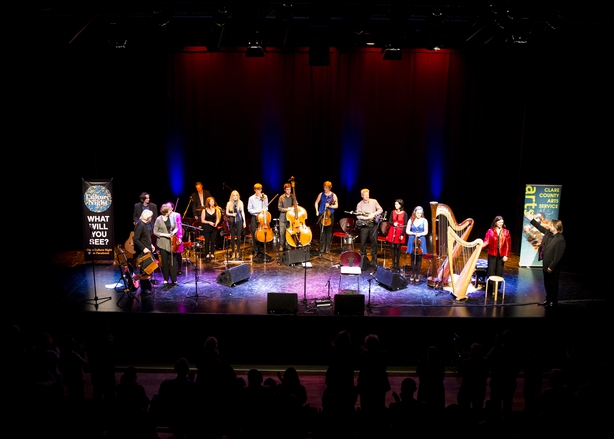 Since that first experience, I have been a regular attender of their performances, going to literally great lengths at times to catch them. For instance, down the access cave to ESB’s hyrdo plant in Tuaim an Aonaigh mountain, also known as Turlough Hill, in Co Wicklow, on one occasion; and on another driving from Wicklow to Ballyvaughhan and back in one night. Their next performance is in Christ Church Cathedral when along with extracts from other works of his, they will be performing a brand new symphony composed by Flynn. It is, it seems, the first symphony ever written to be played entirely from memory. Only the conductor, Bjorn Bantock, will have sheet music in front of him; the rest of the orchestra will have committed the entire 25 minutes of music to memory.

And indeed, it is called Memory Symphony. Why? Because at first it was just that and no more for Flynn: an extended work of related music to be played from memory. Flynn quotes Sibelius when it comes to what the music is "about": "Whereas most other modern composers are engaged in manufacturing cocktails of every hue and description, I offer the public pure cold water." But typical of the composer, there’s a playfulness to his finishing touches. The first movement, for instance, he has called Memory Reel which not only references the tune type of traditional music but also a film reel, and the memories that might be evoked by one. "Perhaps a kind of summary of the development of my composing voice over 20 years," he allows. In it, he attempts to reconcile two sets of memories, two musical traditions that he has dedicated so much of his creative life to, colliding and perhaps finally reconciling: "Summed up at the end of the movement when the infectious, relentless rhythm of a polka emerges suddenly out of a majestic orchestral procession. Begley meets Beethoven in a battered barn."

Again, my seventeen-year-old daughter, Líle, will be there, not this time with me in the audience, but on stage as one of the apprentice musicians joining the orchestra for this performance. To spread the love, as it were – and to acknowledge the particular historical significance of the next generation’s memory for the survival of traditional music – the Orchestra often includes apprentice musicians, some young, some older. Líle – like many of the 50 or so apprentices – plays both traditional and classical music and has experience of playing in orchestral settings as well as traditional music sessions. She is busy learning by ear the underlying tunes that form the basis of the symphony and later in the month she will spend a week in Athenry with the other apprentices and some of the twenty professional musicians involved (including Flynn), and the conductor, to work together on the classical-style arranging of the music and bring it to performance standard. It is a unique opportunity for the amateur musicians to experience this level of intense preparation for a professional performance.

If when you first hear Dave Flynn’s music in general, you find yourself drawn in by a sense of warmth, playfulness, and vitality, you won’t be alone. Some of Ireland’s top musicians – Martin Hayes, Vyvienne Long, Niwel Tsumbu, Mick O’Brien, Aoife Ní Bhriain, Máirtín O’Connor, to name a few – have come under its spell and happily perform Flynn’s music. Specifically in his more Irish works, it’s as if someone with a Flann O’Brien-like imagination and sense of humour had taken the baton from Seán Ó Riada in re-imagining Irish music orchetrated for modern audiences, taking in every influence necessary to make it current. "This openness to sound is typical of my music," Flynn explains. "I see no boundaries in music and Memory Symphony is perhaps my most singular statement of this fact."

Tickets for the premiere of Memory Symphony at Christchurch Cathedral on Saturday, 4th November at 8pm are available here. There is also a preview performance at Raheen Woods Hotel in Athenry on Friday, 3rd November. 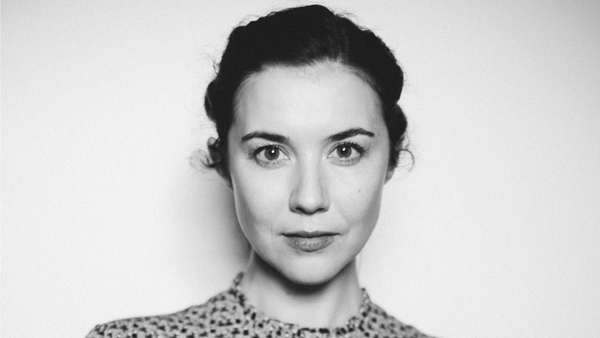