It’s the final of Painting the Nation - host Pauline McLynn and our three remaining painters travel to Offaly, where they visit Birr Castle Gardens and Science Centre in County Offaly, for an exciting paint-off.

This week, in a twist to usual proceedings at the end of the first challenge we will see one painter sent home as judges Gabhann Dunne and Una Sealy choose the Painting the Nation 2017 finalists.

To decide this fate, the judges take inspiration from Birr’s rich scientific history. The grounds of Birr Castle play home to what was once the world’s largest telescope. Built by the third Earle of Rosse in the 1840s, the restored ‘leviathan’ stands at the heart of the Demesne, attracting visitors to the present day. The third Earle of Rosse’s son, Charles Parsons, later invented the steam turbine, and the castle’s Science Centre is a testament and museum to the estate’s rich scientific, astronomy and engineering legacy.

Catch up with Painting The Nation: Series Two via RTÉ Player

For the first challenge, the Judges have arranged a still life of historic and scientific objects gathered from the Science Centre. The still life - which has been heavily lit to give contrast and highlights to the objects - will test the painters’ accuracy and precision to detail in painting. The painters have just ninety minutes to paint the most challenging still life of the competition, to secure a place to paint in the final challenge.

The two artists who most successfully capture the still life on canvas will gain a place in the series’ final Exhibition Challenge. The winner of this challenge will be crowned the winner of Painting the Nation 2017, and will have their work acquired by the Office of Public works for the State Art Collection to hang in Dublin Castle.

For this deciding challenge, the two final painters are tasked with painting a view of the medieval castle itself. Positioned within a complex landscape, with just three hours to create a winning work of the castle, the pressure is on...

Under the judges' watchful eye, how will the painters deal with the sheer scale of the castle and complicated landscape? And which interpretation of Birr Castle will win Painting the Nation 2017 and be deemed worthy enough to hang on the walls of Dublin Castle?

Painting The Nation: The Final, RTÉ One – Sunday October 22nd at 6:30pm 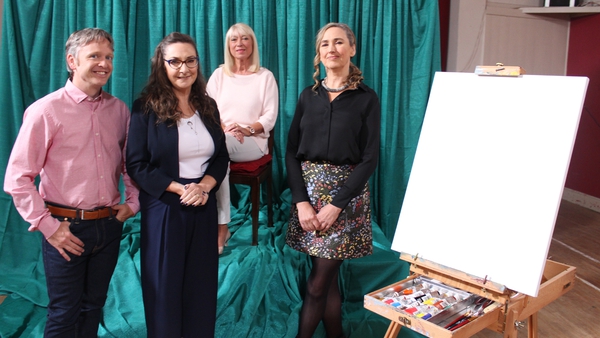