Dublin Fringe Preview: Amanda Coogan and Dublin Theatre of the Deaf make a welcome return to this year's Dublin Fringe with a new work appropriating Teresa Deevy's play The King of Spain's Daughter.

Taking Deevy's deafness as their ignition point, this performance will contextualise Deevy's play within the cultural perspective of the Irish Deaf community. Using Irish Sign Language, specifically women's sign, as a choreographic tool the company will inhabit the Abbey Theatre on the Peacock Stage in an immersive performance. Below, Amanda Coogan writes for RTÉ Culture about the project.

This September myself and the Dublin Theatre of the Deaf join forces to make a new collaborative work for the Dublin Fringe Festival, entitled Talk Real Fine, Just Like a Lady. I'm a performance artist and my work frequently crosses over between the visual arts and theatre - this production will be a visual feast rather than a literary tome. My practice always centres around non-verbal communication made through the body. I make works that, I hope, are visual feasts to the mind and the eye, open works where the meaning of the works are not directive but individually explored.

The Dublin Theatre of the Deaf, DTD, are a community based theatre company producing plays in sign language that speak to the concerns and history of the Deaf community in Ireland. They are outstanding communicators with their bodies and bring a lived experience and deep history to our collaboration. As a sign language user and artist, I have a longstanding relationship with the DTD. My folks are Deaf as are many of my extended family. ISL is my familial first language and all of the cast of this production are all first language ISL users.

Irish Sign Language is a language in the process of emerging out of a prolonged period of oppression and one that still has no legal recognition in this state.

Our production is a mediation on Teresa Deevy’s The King of Spain's Daughter. Deevy’s plays are in the process of being rediscovered in the aftermath of the Waking the Feminist enlightenment. But further to this is the fact that Teresa Deevy was Deaf when she wrote The King of Spain’s Daughter. It was first produced in the Abbey 29th April 1935. We play in the Peacock while Deevy’s Katie Roche plays upstairs and our performance week, 19 – 23 September, is also during ISL Awareness Week.

The DTD's interest in Deevy is as a fellow Deaf person and a role model for them as artists. Following our 2014 collaboration, You Told me to Wash and Clean my Ears, the DTD charged me to see how we might evidence Deaf bodies and the Deaf experience within the context of this Deevy play. Taking Deevy’s deafness as our ignition point, the performance will be contextualised within the political, historical and cultural perspectives of the contemporary Irish Deaf community.

Irish Sign Language, ISL, is at the core of our creative process. Sign is a language in motion, a form of communication that manifests on the body with stunning choreographic impact. In the 1930s and 1940s Deaf Women and girls were institutionalised separately from Deaf Men and boys. From this segregation of the sexes, and the institutionalization of a community, distinct sign language vocabulary emerged. It has been described as one of the most starkly gendered languages in the world, we in the community simply refer to it as 'women's signs'. We have built our performance around women’s signs and celebrate their richness. Talk Real Fine, Just Like a Lady will speak directly in women’s signs incorporating Deevy's themes of struggle for self-determination and independence.

We will celebrate the non-verbal, the embodied and the third indigenous language of Ireland; ISL.

Irish Sign Language is a language in the process of emerging out of a prolonged period of oppression and one that still has no legal recognition in this state. An ISL bill, recognizing the language and therefore giving Deaf people legal rights to access information in their preferred, accessible language, is currently going through the Houses of the Oireachtas. In fact on the day of our opening, 20th September, the Seanad will have its final debate on the ISL bill. This legal recognition of ISL, the language of the Irish Deaf Community and the cast of our production, is a fundamental human rights issue for the community and for cultural recognition and respect in Ireland. One of our cast, Lianne Quigley is also a lead negotiator for the Bill and all the 25 cast members are first language ISL users. The stakes for this bill, and our production's celebration of the language, are high.

Prepare to be touched. This will be an immersive installation where you, the audience, will be guided by the hand into your seats. You will sit inside the performance, under the skin of the installation. The fabric of the performers dresses will cover the whole auditorium with actors in front, behind and bedside you. Bags and coats will have to be left outside the performance space and will be carefully minded by a team of Deaf community members.

Talk Real Fine, Just Like a Lady will be a performance from the visual world and the embodied perspective of sign language users. It will be a rigorously contemporary theatre-work. We are shape-shifting a literary theatre work written by a deaf woman and in so doing propose the richness of an alternative method of communicating and story telling; reclaiming, re-investing and making new from the rediscovered cannon of Irish Theatre. We will celebrate the non-verbal, the embodied and the third indigenous language of Ireland; ISL. Come and be part of the experience.

Amanda Coogan and Dublin Theatre of the Deaf stage Talk Real Fine, Just Like a Lady at the Abbey Theatre on the Peacock Stage from Sep 19 – 23 for Dublin Fringe Festival 2017 - details here. 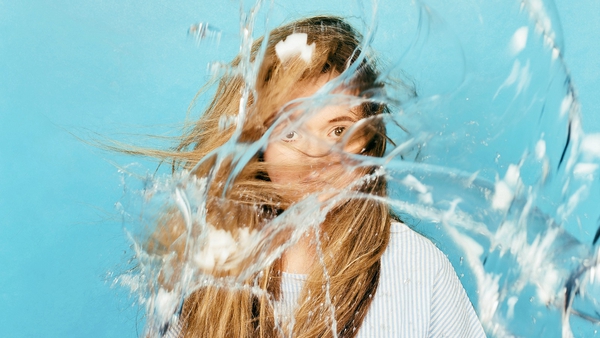