Choice cultural picks from one of the most acclaimed and prolific Irish musicians of his generation.

In addition to being an established solo artist, Caoimhín Ó Raghallaigh performs duos with dynamic Kerry accordion player Brendan Begley and Dublin uilleann piper Mick O'Brien, plays in a trio with Martin Hayes and Peadar Ó Riada, and is a member of two groups: The Gloaming and This Is How We Fly, whose new album Foreign Fields, is released on September 15th.

As well his work in traditional Irish music, Caoimhín writes new contemporary material that explores the region where traditional music begins to disintegrate.

I'm eager to see Emer Reynolds' documentary The Farthest, about the Voyager space program. This is the real deal, a spacecraft built by humans heading out into the stars, armed with a golden record. Who said science was devoid of poetry? (Editor's Note: Watch it here)

I can't wait for the premiere next year of Olagón, a monumental new work by Dan Trueman in collaboration with Paul Muldoon, Iarla Ó Lionáird and Eighth Blackbird. Dan has been melting my mind for more than a decade, Iarla is one of my favourite artists and one of my closest friends, and I've been a fan of Muldoon's poetry since a bizarre visit to China with him and Nuala Ní Dhomnhnaill many years ago.  The few snippets I've heard of Olagón have me dying for more.

We're spoilt for choice with both the Dublin Fringe Festival and the Dublin Theatre Festival nearly upon us. I'm particularly looking forward to seeing The Second Violinist - it's always hard to look past anything by Enda Walsh, and I've been a fan of Donnacha Dennehy's music for years.

Every episode of Black Mirror is a masterpiece. I love that each one is a totally standalone film - while there are no characters or plot lines that continue from one episode to the next, the main premise remains the same, namely the potentially frightening impact of our capitulation to technology.

Future: Sounds from a Safe Harbour is going to be epic - so many incredible gigs in Cork over that weekend. Past: I recently saw both Slow Moving Clouds and Cuar play down in Bantry, each one is a trio of musicians taking some aspects of traditional music off in interesting and beautiful directions.

The work of Maria Simmonds-Gooding.

Cork's own Fractured Air make a monthly mixtape for La Blogotheque - I've been listening to their mixes since Mark & Craig made me a tonne of cassette mixtapes for an old Corolla I was driving, and I've had so many wonderful journeys thanks to them.  Now they have a monthly mix on one of the most prestigious music blogs out there.

The Next Big Thing?

Dongles, it would seem...

This Is How We Fly's Foreign Fields, is released on September 15th. Picture: Lucy Clarke 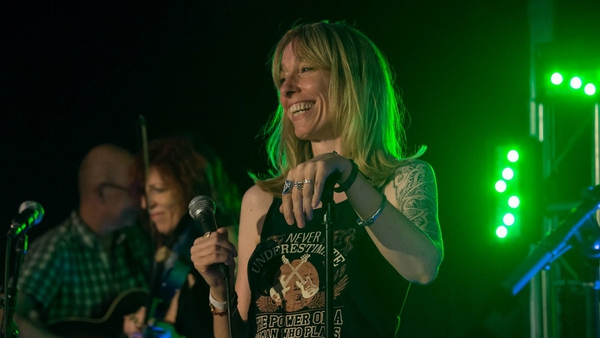 Something For The Weekend: Cáit O'Riordan's Cultural Picks