Nan Goldin is one of the most compelling and internationally renowned photographers working today. A new exhibition at the Irish Museum Of Modern Art gives Irish audiences a welcome opportunity to view her work up close.

Weekend Plans features both iconic and as yet unseen works by Goldin, ranging from the 1970s to 2016. These include the ground-breaking 1985 slideshow The Ballad of Sexual Dependency; photographs of friends, family and lovers; sixteen recent and rarely exhibited drawings; and a series of images taken in Ireland in 1979 and 2002, which have never been shown before.

Goldin’s work shares highly personal stories about her own life and those close to her, revealing a deeply sensual world of friendship, love, and transgression. Arresting in their intimacy and sheer honesty, the artist has stated, "I photograph directly from my life. These pictures come out of relationships, not observations".

Throughout this exhibition there is a particular focus on the role and expression of female relationships in Goldin’s work. Many of the photographs in this exhibition include images of Irish artist Vivienne Dick (whose survey exhibition 93% Stardust is running alongside Goldin's work at IMMA) and show their enduring friendship. Taken over the course of three decades from the late 1970s to the early 2000s, the photographs were shot across various locations such as New York, New Hampshire, London, Dublin and Donegal. 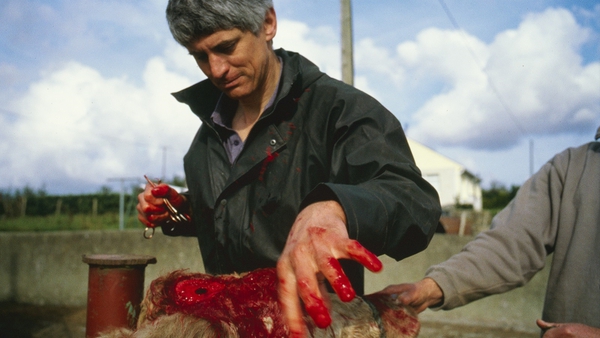