Last year I performed at what was the inaugural F. Festival, which took place in Dublin’s city centre.

F. Festival's focus is specifically female artists, poets, comedians and musicians (with an occasional male drummer thrown in for balance) and was welcomed warmly, especially because of the rapidly growing Waking the Feminists movement.

It took place around International Women’s Day and is happening again this coming weekend, March 11th. I am delighted to be given another opportunity to perform my spoken word at it.

To perform in this female orientated space and amongst other amazing artists is empowering. It is freeing. It feels safe and bold all at the same time. While the festival is female-focused, there are many voices and many experiences. There are struggles and there are celebrations.

The F word - I’m talking about feminist - was for so long a dirty one, a word that had restricted access but nowadays carries a stronger meaning and is more accessible and relatable than ever. Events like F Festival give access to this word and its ideals without it being obvious. It gives a platform to these ideas and creates an even playing field for female artists, one that has previously not been there before.

The line-up is massive and it is packed. I look forward to listening and looking at other artists over the course of the day. To listen and to expose myself to other women’s ways of thinking, of doing and performing. I am excited to perform, to catch some old favourites, and see new talent.

Another important F word is that events are free. This is the F. Festival's second year, and while it is only Dublin-based at present, I for one would love to see it grow and become a nationwide event seen in town or cities all over Ireland.

I will be dropping some F bombs in Wigwam on Middle Abbey St from 7pm on Saturday March 11th, along with some of the best female talent that is out there at the moment. More details about line ups and venues here.

Women’s voices need to be celebrated more now than ever and F. Festival is doing that. Why the F not? 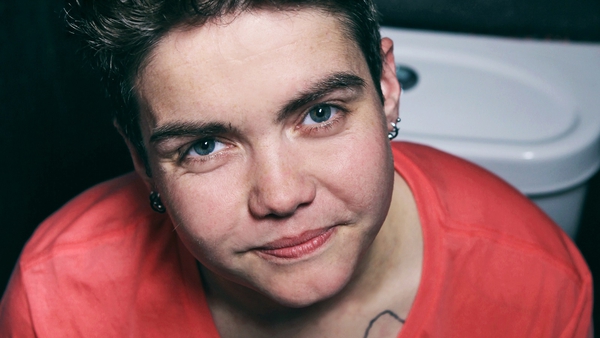