Penny Arcade is New York’s undisputed queen of the underground – an Andy Warhol Factory Superstar in the '60s and a contemporary of Patti Smith and Debbie Harry.

Below, Penny writes about the inspiration behind the show:

I often meet young people, seekers, who travel to NYC looking for the cultural freedom that I and many before them, found here. The first thing they ask is “What happened?” They know something is missing. New York City, which, like every other city in the world, has been turned into a mall. No matter how many trendy bars, restaurants and boutiques beckon-  what people are really looking for is the freedom once that flourished in NYC.

In the internet era, there is more information then ever. Everything with a drop of authenticity from the past 60 years is trotted out. From Levi 5 button jeans to Bob Dylan, Otis Redding, Jack Kerouac to Dust Bowl era banjos, yet what people are really after is the same thing that anyone who  ever left home, was  looking for  – personal freedom, authenticity  and individuality.  But how do we find this when every experience has been commodified? The world is a simulacrum now ; a representation without substance of what was once original.

Many young seekers ask for explanations on how to navigate a world that strips us of our authenticity and individuality at the same time as  it sells us products to enhance these attributes, but it seems that older people, people my age and even younger are being marginalized. Old has NEVER been younger! In the age where political correctness is in the drinking water –no one over the age of 50 is allowed to have an opinion on the present! Every time one of us tries to explain what we feel is being lost by gentrification, hyper gentrification, by the constant erasure of history, we are accused of nostalgia. So I decided to create a rock and roll manifesto that is a refutation of nostalgia, an explanation of longing and loss. A warning against the erasure of history and a call to own your own life!

I am a context creator. I have spent my life observing society from the very edges of it- the best place to get the whole view. In Longing Lasts Longer I attempt to give a brief history of our present day world, aided by my longtime collaborator Steve Zehentner and a lot of the best music from the past 50 years! It’s cultural critique you can dance to!

While we can’t take the credit, after doing over 160 performances in 24 cities internationally, newspapers announced that copies of Orwell’s 1984 and Hannah Arendt’s The Origins of Totalitarianism are flying off the shelves, two of the books we have quoted for two years!

Longing Lasts Longer anticipated both Brexit and Right Wing takeover of the USA by TRUMP and company. 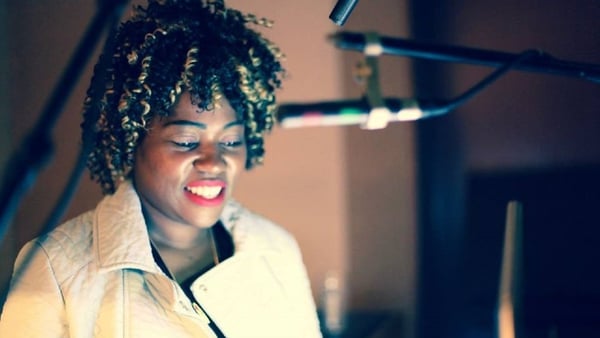 Drama On One - giving voice to Ireland's asylum seekers