Dublin Oldschool started playing to crowds of just fifty people upstairs in Bewley’s Cafe Theatre as part of the Tiger Dublin Fringe Festival back in 2014. There is a lot to be said for humble beginnings.

That is over two years ago now and the momentum behind the show continues to build via word-of-mouth and a string of four and five-star reviews: Cork, Body & Soul, The Project, Electric Picnic, the Edinburgh Fringe and Bray - it has won fans everywhere it goes.

All this week, on the second leg of its 2017 tour, Emmet Kirwan’s gritty gem of a play has sold-out a 450-seater space in the National Theatre, London. And while the reviews can’t resist making that trite comparison to Joyce - which happens in England (and often in the Irish media too) whenever a new Irish writing talent demonstrates an impressive linguistic facility - the critics are glowing in their praise of director Philly McMahon’s production:

“Everything is described in language of raucous vigour, a torrent of words that perfectly conjure each place and every emotion in the argot of the streets it is describing, turning Jason’s odyssey into a kind of drug-ravaged Ulysses or an Irish Trainspotting,” said the four-star review from WhatsOnStage.com

The UK Independent gave it four stars too, and yes, they did make a Joyce joke:

“The odyssey over very precise locations in Dublin; the mock-heroic pitch (“Epic. In small ways”) and the purposefully limited time-span naturally – and outrageously – put one in mind of Ulysses. The lost weekend trope is reminiscent of fellow Irish dramatists, Conor McPherson and Mark O’Rowe. I think that all three of these authors (Joyce had the gifts to be a killer rapper, if not quite the temperament) would get a kick out of Dublin Oldschool which is Kirwan’s first play.”

In a story of brothers reunited, the verbal acrobatics of this two-hander (played by Ian Lloyd Anderson and Kirwan himself) summons a haze of hedonistic scenes which flow seamlessly into one another as the writing confronts issues of homelessness, addiction and isolation in a way that’s resonating with audiences.

Both funny and poignant, a spoken-word and rap feast, as a debut it proves that Kirwan’s pulse as a writer is keenly attuned to the disaffected beats of the Dublin streets and those that walk them.

The tour returns to Ireland for a series of February shows at the Project Arts Centre (3-4th Feb & 13-18th Feb), The Civic Theatre Tallaght (6-8th Feb) and The Mac in Belfast (10-11th Feb). All those tickets are nearly snapped up too. If there’s any left at this stage, RTÉ Culture advises you to buy a ticket and take the ride. 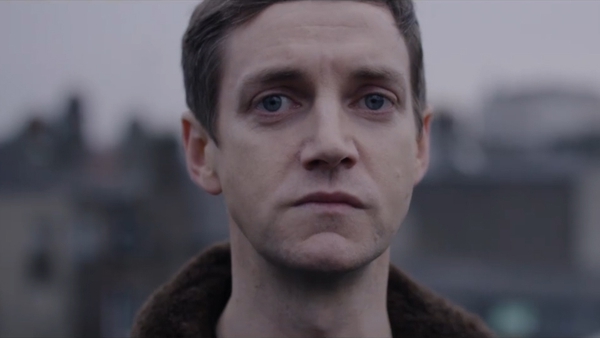 Actor 'overwhelmed' by response to viral film about teenage mother