Yesterday evening, at a special event in London, Queen Elizabeth II unveiled a portrait of herself painted by acclaimed Irish artist Colin Davidson.

RTÉ One simultaneously screened a special Nationwide programme, The Irishman Who Painted the Queen, giving viewers a chance to see the portrait and hear the story behind it at the same time as The Queen is seeing it for the first time. You can watch the programme in full here.

The painting was commissioned by the Chairman of Co-Operation Ireland, Christopher Moran, to mark Queen Elizabeth's 90th birthday year and he involved an Irish artist to symbolise the bond among neighbours. Guests at the event will include the Tanaiste, Frances Fitzgerald and Northern Ireland’s First Minister and Deputy First Minister, Arlene Foster and Martin McGuinness.

Colin Davidson was the artist behind The Silent Testimony Project which featured 18 individuals from North and South who were caught in The Troubles and was praised for its extraordinary empathy. 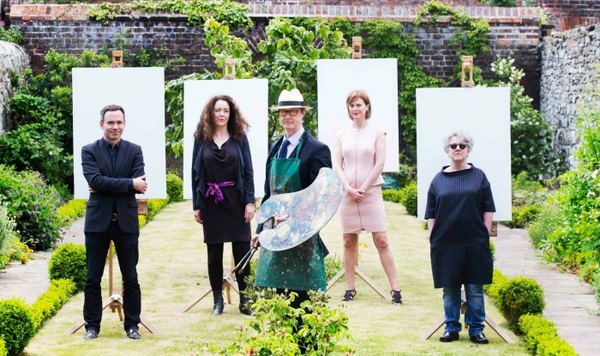