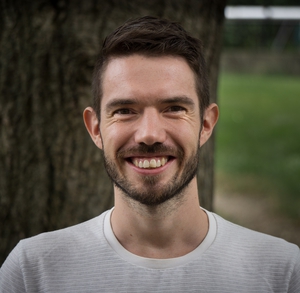 Analysis: climate change in the shape of two major droughts brought an end to the the world's largest civilisation

4,250 years ago, the Harappan civilisation in the Indus Valley battled against a changing climate. Facing a major drought, the Harappan adapted by switching crops and moving to different cities. But their cities grew into disrepair and were abandoned, their trade networks dismantled and the world's largest civilisation ended.

The role of climate change in the Harappan decline has long been debated. Now, research led by scientists from Maynooth University is piecing together the history of past rainfall in the region. They have used the changing chemical composition in layers of stalagmites growing at the same time as the Harappan to uncover a double climate disaster. The Harappan were hit by not one, but two consecutive major droughts.

This discovery is changing our perception of the Harappan decline. The timing of the twin droughts reveals details not just about the abandonment of their cities, but also the resilience, adaptation, and migration shown by the Harappan society. Their response could have implications and lessons for our own fight against 21st century human-caused climate change.

From Cogito, what was the Indus Valley Harappan civilisation?

The Harappan civilization rose to power in and around the Indus Valley in what is now Pakistan and Western India, reaching its peak 4,550 to 4,250 years ago. They were a trading civilisation focused around water, building giant public baths in their major cities. The Harappan had two storey houses, grid cities, indoor plumbing and even bath toys millennia before Europe. But the civilisation fell into decay by 3,900 years ago with evidence of a major, centuries long drought. By 3,300 years ago, all major cities had been abandoned and the people of the region lived more pastoral, rural lives.

The Harappan built their civilisation on the back of two different sources of rain. The summer monsoon, which consists of heavy downpours between June and September, dominates modern day rainfall. However, it is believed that the winter rainfall, which contributes to the winter snowpack and spring thaw that feeds the Indus River, may have been stronger and more important during the Harappan period than it is today.

The idea that monsoon failure led to drought and a sudden collapse in the Harappan civilization has been around for several years, but this idea has been resisted by many in the archaeology community. Summer monsoon collapse doesn't explain some of the archaeological evidence. If the summer rains failed why would the Harappan abandon the cities that receive more winter rainfall, and move to areas with more summer rainfall? Why did many Harappan switch from growing winter crops like wheat and barley, to summer crops such as millet and rice?

From BBC Reel, why did an entire civilisation vanish in Pakistan?

To investigate this problem, we pieced together a history of past changes in both summer and winter rainfall. Changes in past rainfall can be recorded in the sediments and rocks accumulating at the same time. Wetter and drier periods create small variations in the chemical composition of layers of stalagmites in caves, the concentration of titanium dust in sediment cores from lakes, and the chemical composition of the shells of tiny creatures in the oceans called foraminifera in ocean sediment cores. These records of past rainfall, known as paleoclimate archives, can be measured thousands of years later by paleoclimatologists, building up a picture of past change.

Crucially, the team didn't just investigate rainfall in the Indus Valley. Instead, we looked at lots of different paleoclimate records from around the Indian Ocean, where the summer monsoons come from, and from the Middle East, where the winter rainfall comes from. This allowed the team to build up a picture of large-scale regional rainfall patterns.

We found that the drying 4,250 years ago actually came from a reduction in winter rainfall, with the drought signal seen across the Middle East. Lasting for 300 years, the Harappan adapted to this drought. They changed their agricultural system to grow more summer crops. The cities that received the most winter rainfall went into decline, with likely migration to areas with strong summer rainfall.

But just as the winter drought was about to come to an end, there was a dramatic change in the Indian Ocean. 4,000 years ago, tropical climate underwent a profound shift, a change in sea-surface temperatures and in atmospheric circulation. In the Indus Valley the result was a dramatic reduction in summer monsoon rainfall. This time the summer rainfall areas were hit hard. Urban centres in the south, around modern-day Gujarat, were abandoned.

There are lessons we can learn from the decline of the Harappan. Climate change for the Harappan wasn't an insurmountable challenge that caused instantaneous civilisation collapse. Their societal decisions and governance had a significant bearing on the impacts of a changing climate.

We face many of the same challenges from human-caused 21st century climate change. But we also have one major advantage: thanks to modern science and climate models, we know what’s coming down the road. We too can learn to adapt, to minimise the impact of climate change on our society.

Dr Nick Scroxton is an Assistant Professor of Climate Change at Maynooth University. He is a former Irish Research Council awardee