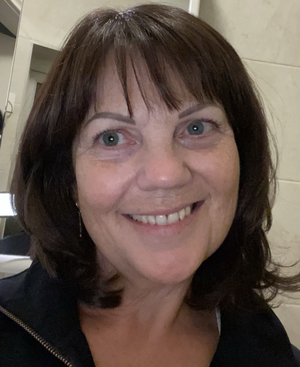 Opinion: carelessness, ignorance and arrogance mean that badly translated and misspelled Irish language signs have become the norm up and down the country

There is a road in my locality which is called 'the thinking road'. It makes no sense, but that is what the sign on the road means.

A roadwork sign cautions me to look 'at correct'. Should I look at something correctly? Have I been looking at something wrong all this time?

Road markings outside primary schools all over the country, were misspelt in several places. Only in Irish though.

Imagine the embarrassment trying to explain to my Italian neighbour that ‘Gaeilge tbc’ is not actually the Irish for the Physiotherapy unit where he works.

There is a Facebook page, Gaeilge Dána, the name of which is itself a clever play on words. It is ‘a home for photographs of all those badly translated public signs that seem to be so prevalent here in Ireland.’ We see well-meaning attempts at translation in supermarkets result in glaring blunders such as ‘Reoite glasraí’, ‘earraí baininscineacha’ and other such nonsense.

Has misspelling signage in the official language of the country become a national pastime? Why does it happen with such frequency? Is it carelessness or ignorance? Is it arrogance? Or might it be a post-colonial hang-up? Who cares about the meaning of the Irish? Sure hardly anyone understands it anyway.

It is common practice to spellcheck the written word. However, it seems that the standard practice for the Irish language is to simply use Google Translate and hope for the best. It should be noted though, that despite much effort, Google Translate does not necessarily provide the correct spelling, syntax or meaning when it comes to Irish.

Hello @TescoIrl on the eve of #NollaignamBan note that domestic appliances does not translate in Irish to "appliances for women" please amend. pic.twitter.com/dMI4PkuYoM

Translation is the communication of the meaning of a source-language text by means of an equivalent target-language text. It's the choosing of appropriate terms and words in order not to annihilate the original meaning. Translation needs to be undertaken with care and attention to detail, and as with all translation, the meaning or sense of translated words should be equivalent in both languages.

Take place-names for example. Instead of translating, we merely have English phonetic spelling of the Irish place-names all over the country. Anglicised versions of place-names were recorded when map making began in the early 19th century. Understanding the landscape informs us who we are and where we have come from. Understanding the Irish language, to paraphrase Seamus Heaney, is to understand what life in this country has meant and could mean in a better future. It is a way of being at home.

Cloonmore, Blyry, Cappaghtaggle and Knock are all nonsense spelling of Irish sounds, and all that rich and subtle meaning is lost to the population. Today, the problem is compounded by attempted translations back to Irish, without any care or attention to detail, history, or local knowledge. We are left with entirely contorted versions of the original Irish! It actually just makes a nonsense of both languages. Is it any wonder it makes no sense to people?

Have a close look at our national signage. Have you noticed that all road signs on the major networks across the country have the English word in large, straight capitals and that the Irish language, correct or not, is displayed in smaller, italicised letters? We have given a second, inferior place to our national language, to our selves.

When misspelling occurs, the entire meaning of the word can change. The transposition of letters, throwing in a fada here and there, sprinkling a séimhiú willy nilly like a cake decoration over the sentence, all seem to be acceptable practice. In Irish, there is a system and there are rules, as there are in every other language. Spelling matters! Simple proofreading could save us from other bungled attempts such as ‘abahile’ and ‘beolach isteach’ and ‘seomra té’.

A gentle word, not even a complaint, about the misspelling of Irish on a sign can result in the removal of the sign rather than the correction of it. A comment often elicits responses such as ‘well, sure, it’s up now’ or ‘at least they made an effort!’ Is that it? Is it enough to make an effort? We don’t generally accept misspelling in English. Why do we accept it in Irish? Where has this attitude come from? Are we just not bothered?

In the Government's 20 year strategy for the Irish language, one of the aims is to ‘ensure that Irish becomes more visible in our society (…) in areas such as signage and literature.’ We are celebrating the centenary year of the foundation of the state. Irish is our official language. It is the repository of our history, our heritage, our essence. It deserves our attention and our care.

As for the thinking road, a little clarification. An cheapach is a plot of land used for tillage. This word ‘an cheapach’ is transformed to Cappagh in many areas around the country. Bóthar na Ceapaí is the road by the tillage plot. That makes sense, geographically, logically, historically. In my locality, the Irish road sign reads Bóthar a’Cheapadh. A road is thinking. Does anyone care?