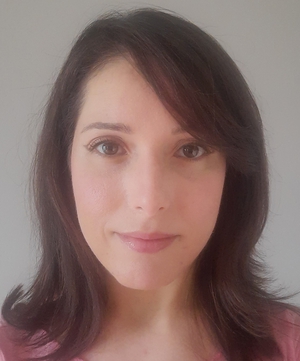 Opinion: food played a major role in building Italy's national identity, with pizza in particular appearing on the plate of every Italian

Italy is a comparatively young nation. Most of the Italian territory was unified in 1861 under the rule of the House of Savoy, although the full process took decades to complete. From south to north, the new-born nation, impoverished by the war, was a cultural patchwork of people who spoke different languages, had a different lifestyle, and ate different foods.

Massimo D'Azeglio, prominent figure of the Italian Risorgimento, the set of events that led to the creation of a unified State, famously said 'pur troppo, s'è fatta l'Italia, ma non si fanno gli italiani': Italy might have been "made", but "making" Italians was quite a different business. A language had to be chosen, a culture made, a whole new nation must be educated to think themselves as Italians. It is telling that one of the most representative cultural objects that emerged from this massive effort was a cookbook.

Pellegrino Artusi's 1891 cookbook La Scienza in cucina e l'arte di mangiar bene (Science in the Kitchen and the Art of Eating Well) collects recipes from different Italian regions. Artusi, a bachelor and a businessman, loved good food and collected the recipes during his business trips. The text, however, is a collaborative work: subsequent editions were expanded following the advice of friends and readers, especially female ones, who sent Artusi new recipes and suggestions. He always made sure to mention each contributor in the book, alongside the recipe or suggestion they sent him.

Artusi's book became a symbol of the Italian spirit, tangible proof that a sentiment of national unity was developing around the shared pleasure in good food. Food, therefore, played a prominent role at a crucial time for the building of an Italian national identity. It was perhaps inevitable that pizza Margherita, one of the foods that is eaten virtually by every Italian, was to be given an origin story that connects it to this moment.

From Pizza TV, treailer for Made in Naples: The History of Pizza

Pizza has ancient origins, but the format in which we know it today was born as a street food, sold by the slice for un soldo, just "a coin", in the poor neighbourhoods of Naples. Carlo Collodi, the author of Pinocchio, describes it in Il Viaggio per l'Italia di Giannettino (1880) - Little Johnny's Trip Around Italy - in which Giannettino undertakes a trip with his tutor to learn about his new country (and the readers, young citizens in the making, with him).

Giannettino’s tutor describes Neapolitan pizza as a sort of big round bread topped with different ingredients, whose slices are as greasy and dirty, he declares, as their seller. This description is a prime example of post-unification North-to-South racism (Collodi was Tuscan, so from the Centre-North); it is also in striking contrast with the mouth-watering image of pizza we are used to.

The passage shows the complexity of the new country. To Tuscan Collodi, Neapolitan pizza was foreign food, one that excited disgust. Collodi’s words also give us a glimpse of the context in which pizza was eaten when Italy became a nation: the busy, noisy streets of one of the biggest cities of the new state. It was truly a "popular" food, which, over the first 50 years of the 20th century, would become popular throughout Italy.

From the Embassy of Italy in London, a documentary about Pellegrino Artusi the father of Italian home cookery

Despite these humble beginnings, an urban legend connects the origin of the pizza par excellence, the Margherita, to the first Queen of Italy, Margherita of Savoy. Allegedly, the queen wanted to taste the famous Neapolitan pizza while visiting the city in 1889. Neapolitan pizzaiolo (pizza maker) Raffaele Esposito was invited to make pizza for the Queen and he produced three samples. The queen especially appreciated the tomato-mozzarella-basil variant, with its patriotic green, red, and white colours.

This story has been repeatedly debunked. Zachary Novak explains that the document attesting to the fateful meeting between the Queen and Esposito, a letter from the Head of the Services of the Table of the Royal House, Camillo Galli, thanking Esposito for his service, is very likely a forgery. The letterhead, the royal seal and Galli's signature led Novak to conjecture that the letter was forged in the 1930s by Esposito's nephews, the Brandi brothers, as a marketing operation.

From Epicurious, the secret history of pizza

But despite all the evidence, the myth still lives, possibly because it is a good story in the end. The queen deigning to step down towards her people, tasting and enjoying their simple, cheap food, resonates with the accents of that very ancient, enduring sort of tale where a beautiful royal marries someone who is humble born, but handsome and honest. The forgery element only adds another layer to the myth, expanding it rather than dispelling it.

You might have noticed that if you sit down with an Italian, soon enough you will start talking about food. This is because food is intrinsically part of Italian national identity, and in the story and history of this connection, pizza plays a great role: the street urchin turned royalty, but still humble enough to appear on the plate of every Italian in the country.

Dr Anna Gasperini is an Irish Research Council postdoctoral researcher at the Moore Institute at University of Galway.